The DNC, all the operatives of the Obama crew and the mainstream media beat the bushes for a damning fact and came up empty handed. Salt of the earth, the man too nice to win the election, Mitt Romney declares Hillary corrupt!

The most telling sign of impending decline… Nay of decline already in progress, is such humorous videos as this. When a population actually chooses ignorance over knowledge you have an empire of Lemmings itching for that fateful trek to their en masse demise.

Hillary Clintons ex-campaign manager speaks out about her management style….Finally a candidate we  can trust! 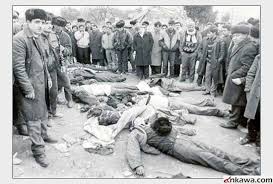 A few principles of  conservatism are defined below. Bare in mind that this is not a long list.  Just some ideas about the modern conservative,  with videos that support the text and make it a bit more interesting.

A Dictionary  definition  of “Conservative” explains: One who is disposed to support cultural traditions, established institutions, and  long standing values.

Well that explains almost nothing. Ask a dozen “experts” on politics or society; “What’s a Conservative?” and you will come back with a dozen different definitions. And if you try to cover it all in a single definition you get vague crap like the definition at the beginning of this paragraph.

Limited Government: All conservatives are for limited government. They believe in self-reliance  and personal autonomy and reject  encroachment of government in their lives. Conservatives try to avoid becoming dependent on the government to fulfill our needs.

Family values:  Concern about the survival of the American family in it’s traditional role as the foundation of western culture. These conservatives  promote “family values” as a guiding principle.

Capitalism: Is the belief in the free market as the healthiest engine of progress in a society. In fact it has been said that capitalism has lifted more people from poverty than all other known systems.

Conservatives see a limited role for Government in their lives.

Liberals/Progressives see big, intrusive government as the caretaker of everyone.

Progressives reject competition to protect the feelings of any potential losers.

Conservatives see failure as a valuable part of life.

Coservatives think competition heathy for society and the economy.

Progressives/liberals, reject individual achievement for acceptance to the group. And ultimately reliance on the government for their needs.

It would be nice if the mainstream would figure it out al at once.  The obvious and stated intent of Islam is to at least subjugate the west, and in the more finely hewn finish, the annihilation of Western culture.

The timing behind Wal-Mart’s move seems so well placed that one wonders if it were a lesson served to be learned by those who would make the ridicules demand for 15 dollars an hour for chimpanzee work.

Obama’s  “Girl Friday”, his closest adviser and confidant, is an Iranian expatriate. Admittadly, her family relocated to Great Britain when she was 5 years old, but her political crib is festooned with left wing  connections. Mother, Barbara Bowman, author and progenitor to the Chicago based , Erickson Institute Tom Ayers was on the board of trustees and Father to BIll Ayers, Obamas favorite Weatherman bomb thrower. Mrs. Bowman sported many such left wing credentials. Her professional history is a guide to the Chicago school of socialist thought. Winners such as Bernadine Dorn and Louis Farrakhan spice up the list of aquaintances and influences in her life.

She is, in fact, a political doppelganger  to Barack Obama, who sports a social registry that includes virtually every old Marxist who ever punched Chicago’s dance card.

Then there is reverend Wright. “How do you spell arrrgh!?”

Sometimes we get the hero we need….rather than the hero we want.. Who will save our saviour?  THe Christians had possession of the middle east  for 600 years when the “Jamal-come- lately”, Mohammed, came along. Definite dibs on shotgun for the Christians  on this particular pilgrimage.  And “Hell followeth after him.”   The hell that follows is a holy land populated with nothing but Muslims. A “Caliphate” so to speak.

A client once complained to me how difficult life was getting since they stopped drinking and drugging. He had a crowd of complaints about his job, his spouse, his kids, etc.  It was snowing heavily that night. So I suggested that he spend the night sleeping in his car,  (just like the “bad ole’ days) so he could get a more realistic idea of what a true difficulty is as well as have him revisit the kind of accommodation booze had provided in the past and, if he didn’t find some spine, would again arrange for his future.

He quieted down about his difficulties then. And felt better. Two days ago there was another movement to jack the minimum wage to  fifteen dollars an hour. Yesterday Wal Mart closed the stores. No  real warning (about two hours). Could this be a reality check? Could they be recipients of a hard lesson from the founders of the feast? HMMMMM?

The more fanciful angels of my nature really believe the timing was just a little too timely. Again, HMMM?