Read a test that my daughter had a while back. In it was the news that the Spanish deliberately spread small pox among through the Mayan population through infected blankets… a few hundred years before the development of the germ theory. To be sure the European disease did spread through the native population and undoubtedly it was brought over by the Spanish; but there was no deliberation, they didn’t know about germs. The info according to the progressive script, served to condemn Europeans while sanitizing the bloody history of the Mayans.  No mention was made of the countless thousands of human sacrifices the Mayans had committed throughout their history. Her teachers couldn’t even write cursive. Their discourse through the years of contact I have had through conferances and such reveal our educators to be communicating at a fifth grade level.  Everywhere I  find the population of America becoming borderline illiterates.  The simplest of queries leave them at a loss.

History is a black hole to most millennials, stupidity has come into vogue, and like  perpetually pouty brats, Americas youth are quick to take the politically safe stance of hating America. It is hard to keep hope for the future of a country where the common consensus is hating America. News is triaged and doled out in sound bites that have been approved as relevant by news outlets. The  news that is presented has been cherry picked by the main stream media  to support the progressive agenda.

Stoning, amputations, genital mutilation, and the relegation of an entire gender to a status slightly lower than cattle flies in the face of the group hug diplomacy offered by our progressive potentate, Barack “Chamberlain” Obama while pundits commisurate about the “dog whistles” they imagine.    The denial runs deep in present day America. 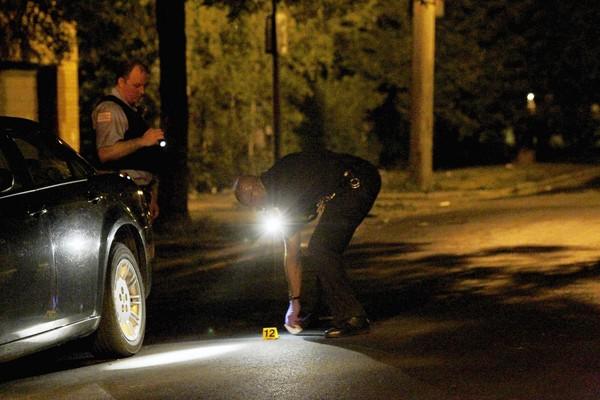 Police killings of black suspects is a fraction of the murders reported in the large cities of America. Shootings like Ferguson (overt lying on the part of partisan witnesses), were inflated by a biased press and the flames were fanned by the POTUS, who responded to the crowds who were looting and burning Ferguson down by telling them to “Stay the Course”. Yeah, you read it right, he was encouraging the mob destroying the town. The untrue accounts of the incident have been objectively overturned by other credible witnesses who confirm the officer was indeed fighting for his life. But still Ferguson is being sighted as a bad shooting. A large portion of the public still believes the false reporting based on their wish that such reports are true.

As a child I was able to convince my best friend, Doug that there were Dinosaurs in a little canyon we used to play in. I found some tracks and claimed they were the clawed footprints of a T-Rex. I knew better; I knew that it had been millions of years since the big beasts had roamed the earth; but before I was finished I was believing it myself. I relied upon Dougs ignorance and his willingness to believe his best friend.

The dumber the U.S. gets, the more simple it is to use their willingness to see the world in a way that pleases their bias. This is frightening. Such a mob of benighted fools is easy to manipulate and just that has been happening for the last eight years. And I fear that it is happening with this election. I fear that the same press that colludes in the dispensation of false stories and carries water for any progressive in office are going to elect this Clinton wanna-be in spite of Carnage wreaked upon both the domestic peace and foreign reputation  by Obama