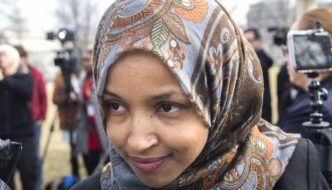 Plato’s’ “Allegory of the Cave” speaks of mans illusory relationship with the world. Nearly 3 millennia ago Plato saw our self – deceptive nature. Often what we want becomes all we can see. When all we see is just shadows on the wall, it can all change with a flicker of the candles flame.

When Mueller’s report came out and it fell right in line with the scuttlebutt  that preceded its release.  The scuttlebutt being that there really wan’t anything to the charges of  Trump colluding with the Russians The not so quiet whispers from pundit land said, “Oh Well not too much to see here.”

THERE WERE OTHERS who saw things differently. There were others who had fabricated a world of grandiose visions to fill the void where facts were absent. Poor Rachel Maddow. She must have put herself to sleep each night with visions of Impeachment dancing in her head. Of course, as Icarus discovered, Ms. Maddow learned what happens when you fly too high……. You fall too far. What do you do when the revolution grinds to a halt, when you finally get the memo that there wasn’t there and you have ranted for two years and then ……..nothing.  Time for a moment of reflection.  Where am I?  Where do I go from here?

Niddle America is on the move again with apppx. 2500 migrants marching toward the American border. POTUS is responding with condemnations toward countries of origin and mexico who is nt helping stem the tide. The evil that has these people on the road and their Coyotes with money in their pockets. issues from the American Congress where the most childish display of random obstruction in American history.  Democrats who before supported barriers, refused fund further barriers at the border. The message of Americas apparent torpor at the border has started a land rush that rivals the Oklahoma land rush.

Trumps emergency is turning into  the Democrats 800 Lb.  gorilla in the middle of the room. Of course they wantthe gorilla to stay it is going t be their new base. They have endless goodies to give and programs to offer.

In the Halls of Talking Head Karma, Rachel Maddow is lost and at a loss. Her entire personality has been inflated in her vision quest of the consummate victory over the forces that won’t let us do every single thing  we want. What do you do when you’ve been preaching to the choir two years running and have run out of empty allegations against the POTUS. She seems to cry a lot when disappointed, this in itself shines a light on the bizarre relationship she has with the unseen denizens that live in the lens she talks to. It appears that her closest  confidante and friend,  are  her viewers. How so, such an empty soul that the destruction of POTUS Trumps real relationships with real flesh and blood humans. 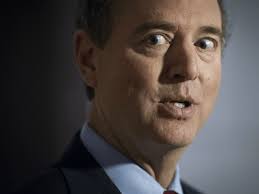 The “soft Mysoginism ” that gives entertainer Cardi B a free pass to drug and rob men is prevalent in modern western culture. I have always thought it a shame that many women (most) think that being equals to men means adopting their bad behavior. Smoking, drinking, cursing, and finally sex without strings. The list of bad behaviours can be expanded but I think the point is made.  Once considered the champion of better angels of our nature. Modesty, loyalty, nurturance, empathy, and keeper of the keys to romantic love were counted among their charges.

Womens sojourn into the world of casual sex has been a disaster for many women. The misguided idealism of young women sets up the trap than “the sins of youth are a lifetimes regret. I cannot number the women I have counseld that still have issues of crippling shame and self loathing much later in life over sexual “conquests”? of youth. 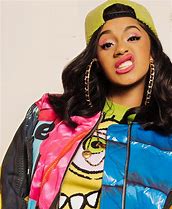 If a male drugs a women for sex with her unconscious body he should be arrested because the assumption is that he is responsible for his own behavior and should be held accountable. If it is a SHE, the psychologist is working overtime trying to explain-away her behavior. If a man rapes while he is under the influence he is again held accountable and is punished. If a female takes it upon herself to get drunk and screw, again the man is prosecuted for rape and his life is ruined after she wakes and realizes what she has done.

Believe the women! Of course we should look at any and all reports of sexual impropriety without prejudice, but an automatic conviction with no responsibility toward accepting consequences for her own actions, puts the average female in a position of power that is evidenced nowhere else in modern juris prudence. The number of lives given into the hands of accusing females and their power to level an accusation, be automatically believed and ruin the life of whatever male in the cross-hairs is an example of soft misogynisism. The “there , there honey (patting on head)” you are perpetually and flawlessly innocent is another example of soft mysoginism . Please be advised : If you screw like a man, impersonally, recreationally, and without interpersonal value…Don’t expect others to take your accusations seriously when you make no bones abut your devaluing entry into your body. You will get as much respect as you reserve for yourself. and no more..

If Cardi B expects equall standing while hiding behind stories of victimhood, or the “I did what I did to survive.” crap when for every woman slipping mickeys for dollars there are a hundred more pounding out a life for whatever paycheck they can get. BUT! “There there hon’ you didn’t know what you were doing.”

In a meeting of the tweets, Ben Shapiro addresses the recent vote on supporting Ocasio Cortezs’  “Green New Deal”  that resulted in exactly zero votes from fellow Democrats. Of course the Republicans knew it would not pass. They just wanted the Democrats, who had pushed for recognition of the GND, to go on record as supporting the “pie in the sky” built upon outlawing bovine flatulence, a refitting of every building in the U.S. with solar panels, ditching air travel, as well as internal combustion vehicles of any pedigree.

The vote was a brilliant bit of politicking in that it eliminated the GND as a campaign promise. No one wants to be associated, on record, with this progressive daydream. I have provided a little map to illuminate those who can’t find Brunei on a map. Like me.  “Sharia Law”  is being imposed by the  ‘Sultan of Brunei’  with a little help from his mullahs. The vid linked below is raw footage of a Mullah explaining that Sharia law Trumps all other legal systems. Because it’s from God and cannot be refuted or changed in any way. A thief gets one hand amputated, second offense a foot/leg on the opposite side is cut off. Being gay is a no-no. Out of wedlock sex will get you a public whipping….Infidelity can get you jail time or a fatal stoning….. the list goes on and on till it reaches the seventh century.

As a child I went to a real live Barnum and Baily Circus with the big tents elephants and all. One of the most remarkable sights was this tiny little car that raced to the center ring and unloaded a dozen or more little people that had somehow crammed themselves into the tiny car. The following vid is for your amusment only. It is a funny trip down memory lane to me.

The fate of the Jazidi sex slaves is an unknown. Thousands have disappeared and many have been executed. Meanwhile cases of ISIS brides who want repatriation is receiving the great attention main stream media is shoveling on them. When interviewed the ISIS, brides show not a dram of remorse, and in fact they helped guard the Yazidi rape slaves when the men weren’t around… Where OH! Where are the female activists who should be screaming for world wide attention to the fate of these forgotten women?

Where is the accountbitiy. Will there be another Nuremburg trials. Or will the nightmares of gang rapes as early as age 6  be pushed back into the shadows. Will the children ripped from their mothers arms and groomed for use by ISIS fighters be rescued or avenged. Or will they be exhumed as the mass graves are beginning to be discovered and uncovered by U.S. – backed coalition forces.