Oh! My Lord! It’s Ilahn Omar in physical contact with a MALE? Are they married? Are they dating? Does he need a green card?  Or is she just happy that a symbolic victory has been won in Minneapolis Minn. as the call to prayer is blasted from loudspeakers five times a day. Supposedly for a few days but in reality it is the edge of the wedge as the Unma hunkers down to make a home in Minneapolis that will have generational impact. 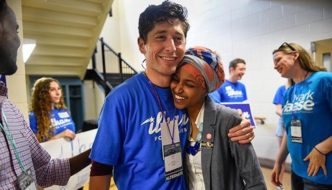 The problem with Iran is that it’s got it’s own history. The sense of Iranian identity stands apart from the Muslim take-over that ousted the Shaw back in 1979. Zoroastrianism is making a mild mannered comeback as the Iranians tire of the “chop your arms and legs off” Muslim regimes. Zoroaster’s preaching touts three main precepts as foundation to the belief system that bears his name, 1) Goodly thoughts, 2)Goodly Speech, and 3)Goodly Deeds, define the gentle spirit of Zoroastrianism, as opposed to the iron handed, IIslamic regime that has it’s foot on the neck of the Iranian public right now. Klikdapik below for more……Good article…… 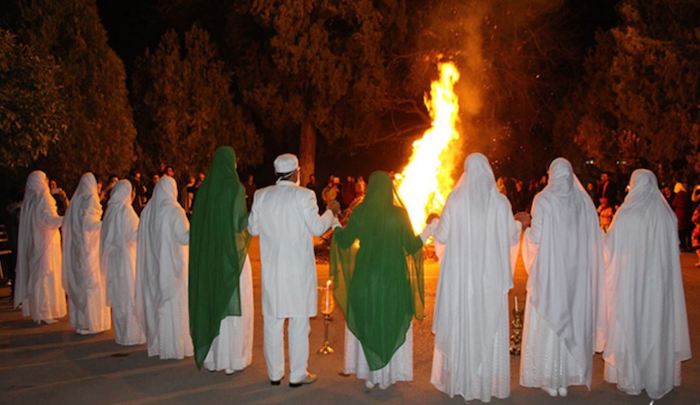 RANDY QUAID,  not known for his restraint of tongue or pen does hit the mark in his rant at the magical machinations of the Mainstream Media,MSNBC. better feel lucky that refunds aren’t required after false news accounts are spread across the ether of the beautiful U.S. skies. It boggles the mind that there are  brain damaged snowflakes  who believe the testy tools of the empire of the flies. Who is Beelzebub, lord  of the flies? I like to think it is Chris Matthews, He is about the oldest whore on the block and knows all the Democrat cronies. Once in a while, HOWEVER, a voice from the right side of the rails shouts to heavens the real truth. Even if it is the truth that lies are being told. YOURS TRULY, STANDING ON OMAHA BEACH, ON THE COAST OF FRANCE

I was born in 1956. Before my first birthday I contracted cerbro-spinal meningitis. An infection of the covering of the brain and spinal cord..  The symptoms of meningitis included spasms of the muscles in the neck and back. They say my spine

was bent till my head almost touched my heels, Fear

has twisted effect on our fears and. Meningitis was a fearful and often deadly disease. To a certain effect it still is, Although a mere infant,  I’ve been told we received threatening calls from those fearful of a meningitis outbreak in the little rural community of Alva Oklahoma.There were even some nurses who opted out of taking care of baby John (me)  But through the skill and tenacity of some good ‘ol country doctors, I survived

I am still among the living, and 12 years later I would be treated by one of the same doctors again for another life-threatening condition  At the age of 12 , while helping my father work, I fell through a floor that covered a large extremely sharp spiral blade used to carry wheat grain from one location to another. My right leg, wrapped around the spiral blade and was mutilated from thigh to the soul of my foot. Now it looks like I have a monkeys paw on my right ankle. And a mass of scars the length of my leg as each spiral took a bite and sliced deep into the meat of my thigh and calf,  The fuses  blew when my leg wrapped around the augar for a the third time…………THANK GOD!

PTSD, unknown at the time; haunted me and drove me as a 12 and 13 year old boy.. The mental, as well as physical pain took me places I never thought I would go…….. burglarizing drug dealers that almost got me shot ! Coming to my senses at about age 27 I returned to collage and attempted to complete my degrees. Got a Bachelors, then Masters degree.

My quiet father,  abstinent through the first years of my life, resumed drinking heavily after my accident. He blamed himself for my injuries. He started drinking and didn’t stop till he was dead.

Living in the Shadow of Annihilation

\Several thousand ICBM’s had been pre-sighted on both sides of the Atlantic. Total annihilation or the slow death of a nuclear winter lurked in the shadows of our fears as disaster drills played out in grade schools with children lining the halls, crouched into little balls head in in their hands. Of course such exorcises were of no  use…….. If nuclear war broke out, crouching in the hall would do no good at all. Everyone dies,.. Excavating a bomb shelter in your back yard was a sign of intelligence, not the sign of a nut case, as it is thought when we see a “prepper” with a spade. With a country split over a war that was a no-winner for all sides. And proxy wars popping up where ever someone felt they could benefit, Every day was a roll of the dice,

My father carried us best as he could during the great depression, He even left hearth ahd home to  work building kroads for the WPA in the Kiamichi Mts. in southern Okla, The men lived   big tents like some kind of military  bivouac. Then WWII broke out and the men of America saved the world. FOR FREE!

An enemy with enough clout to kill everyone on the planet,, and a generation born and reared with the sneaking suspicion they that they may have to die in a nuclear war, Iife seemed fragile and oh so precious..

THE BAT THAT SHAT

I see NORAD from my yard. The days of the shroud of fear seem far away. My generation t least endured a great travail in fighting the Viet Nam War while the nation, split and near fracturing, welded the union together again. Take inventory, of our inner selves as the very validity of the war was debated,fought and for a few, (Kent State), died for.

Now that the bats near the Wuhan market; Southern China have poisoned the planet with the CORONA VIRUS. Deb and I are  into the second week of isolating together in an attempt to assist it’s  demise through strategic positioning. In other words, staying far enougah from others to prevent transition of the disease. Homeless but comfortable, we are sitting out our plague time with the rest of the infected ones.

I pray the younger generation have learned something of themselves through this crisis.

When I see the genrations od Americans. I see that each generation has some great commision, some existential crisis that defines that gneration. I feel the last two generations, having no great depression, cold war, or Viet Nam Conflict have abeen deprived of the crucible of character. The crucible is always the same. Struggle, for something greater than ourselves…