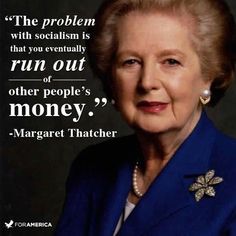 One report asserted that we could destroy the world 36 times over. Possesed between both, several thousand nuclear warheads were aimed and ready for the apocalypse. Obama asserts not much differance between socialism and capitalism. Two nations played toe the line for 60 years, but Obama is the one who got it right. “Right?”  Stalin (a commie) killed an estimated 20million people of his own population through various pograms and midnight disappearances.  Pol Pot (commie) murdered a couple million when we left ‘Nam, etc. etc.  The Rogues gallery is linked in the pic below. KLIKIT!!

HERE IS THE DAMNING EVIDENCE!.

A few principles of  conservatism are defined below. Bare in mind that this is not a long list.  Just some ideas about the modern conservative,  with videos that support the text and make it a bit more interesting.

A Dictionary  definition  of “Conservative” explains: One who is disposed to support cultural traditions, established institutions, and  long standing values.

Well that explains almost nothing. Ask a dozen “experts” on politics or society; “What’s a Conservative?” and you will come back with a dozen different definitions. And if you try to cover it all in a single definition you get vague crap like the definition at the beginning of this paragraph.

Limited Government: All conservatives are for limited government. They believe in self-reliance  and personal autonomy and reject  encroachment of government in their lives. Conservatives try to avoid becoming dependent on the government to fulfill our needs.

Family values:  Concern about the survival of the American family in it’s traditional role as the foundation of western culture. These conservatives  promote “family values” as a guiding principle.

Capitalism: Is the belief in the free market as the healthiest engine of progress in a society. In fact it has been said that capitalism has lifted more people from poverty than all other known systems.

Conservatives see a limited role for Government in their lives.

Liberals/Progressives see big, intrusive government as the caretaker of everyone.

Progressives reject competition to protect the feelings of any potential losers.

Conservatives see failure as a valuable part of life.

Coservatives think competition heathy for society and the economy.

Progressives/liberals, reject individual achievement for acceptance to the group. And ultimately reliance on the government for their needs.