Ignorance is when you don’t know because you have never been exposed to the information. Stupidity is the inability to learn material even after you have been exposed. You can be willfully ignorant by not seeking out knowledge, and you can be deliberately stupid through the lack of use of your higher facility with logical thought and goal directed, focused attention. I have little patience with either group. Both groups are defined by VOx’s take on Bonnie and Clyde. They call it a myth that we have been getting wrong all these years. KLIKDAPIK for more…….

The College kids on the beach will know something won’t they ? They will prevail! Our Nubile nymphs of  Higher ED. are special! Well It has been said, by me, that one of there greatest dangers to Democracy is ignorance of the past. As a Matter of fact, stupidity in general is the greatest danger this republic can face.

It appears the American student is fast becoming a great Cornucopia of “Duh I don’t know.”   It is shocking to a sweet young soul (me) from the plains of western Oklahoma, to hear student after student stammer and develop flop sweat at the most basic question. I was raised to respect knowledge more than any other virtue. Books were treated as well a family members. A page corner was never turned to mark a place in a volume, paperback or not. On this THANKSGIVING I give most reverent request to my eternal parents. They have elevated me to my dying breath by inculcating me with a love of knowledge that has made my world a limitless place to explore.

Here is just a little good news that I thought might bring a smile to the K-9 officer-dog teams out there. KLIKDAPIK for more……. 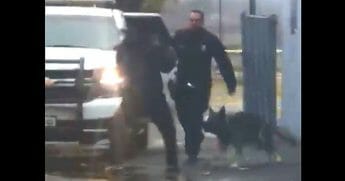 Edgy….. rampant…. profane……such are the descriptive attributed to the humor and public persona of David Chappell. He would seem the last person who would be a staunch defender of the Constitution. The first and second amendment have enjoyed a few supportive words from the master of every-man comedy. The remainder of his social agenda is a mystery to me, but he does reveal a streak of pragmatism that brings him head and shoulders above his hollywierd colleagues. for more just KLIKDAPIK below

1000 Iranians arrested and 100 killed in protests sparked by sparked by gas price increases caused widespread demonstrations in several locations. Posters of the rulling Mullahs have been torn down as well and crowds have been chanting anti-regime slogans , “We don’t want an Islamic Republic!”  KLIKDAPIK for more

In 1979 the crowds filled the streets in the first ecstatic moments after the Shaw had been deposed and the Ayatollah took over. Since then the Iranian panel of pernicious potentates has followed the  three track program of turning back the years to the social order of the seventh century, acquiring nuclear weapons, and killing Israel. For the past couple of decades, however, the country, with the exception of the Mullahs and Ayatollahs, has been in serious buyers remorse.

A take-down on the regime by the people of Iran would be a welcome development. It would be better than dealing with a fully nuclear Iran. And the love affair with the freedoms of a secular society still haunt the Iranian everyman. He does not have to conjecture as to the benefits of secularism, the old timers tell the youth, and the youth feel cheated of their fair share of a free society.

Iran has been openly known as the biggest financier of terrorism in the world. They are developing nuclear weapons as fast as they can, ICBMs and hypersonic missiles designed to defeat Israel’s Iron Dome defensive system, and Iran’s destiny, as decided by the Mullahs in charge, is to be the regime to usher in the end of days with the annihilation of Israel. They are the most dangerous of enemies. They are true believers. And seeking their reward in death.

:Let Trump take great strides. Let him be the baddest ass in the valley. Sometimes that is what you need. In a region that still abides by the ‘might makes right’ code of ethics that was the prevailing social regulator of the day.

As for the regular Iranian on the street, bless and keep you. Give you the strength to kick your rulers out.

As I write this posting I am listening to an intereview with a Trump friendly GOP operative and stratagist, Steve Bannon. A quote that stood bas-relief to other issues being discussed was that “Trump doesn’t speak in that vernacular.” Trump would never think to say the word vernacular. He is not a verbal gerbil, like Obama, who could sing the stars from heavan. He is the everyman super hero,

His speech is pedestrian and otfen awkward, and sometimes even embarrassing in  it’s adolescent stumble. But when one considers the amount of hell that has been shoveled on him as he fought the good fight to carry on the nations business as well as delivering things promised, his stamina, both physical ( age: 73), and psychological (open war waged from the DNC,  through the Mainstream Media) has been a marvel of human endurance. As the months of legislative torpor drag on, the contrived nature of his detractors impeachment becomes obvious. This banana-republic coup attempt is taking on surrealistic dimensions. The impeachment is a historic footnote, it’s most remarkable consequence is that it will be cited as a factor in re-electing Trump for his second term. 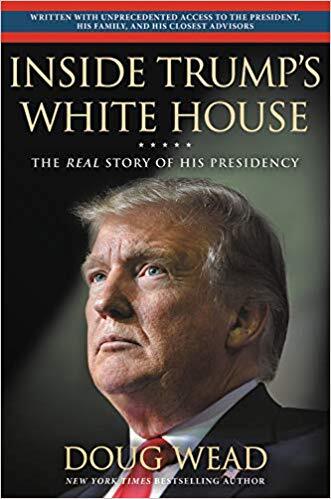 Archie Bunker has been reincarnated in the form of Rashia Tlaib. Fowlmouthed and firing indescriminatly while wearing her racist goggles is her specialty. In this exciting episode she is not damning the Jews or catching the KKK under her bed. She is telling a black chief of police his job. He on the other hand revealed himself to be a class act. Throughout THE MOST BACK- BAY- BAYOU BULLSHIT delivered by Rashide Tlaib,…. . Concerning white people not being able to tell one black person from another, he restrained himself and handled her without even raising his voice.  Tlaib attacks the use of facial recognition technology unless blacks are hired to identify blacks and whites are limited to working with white people identification. 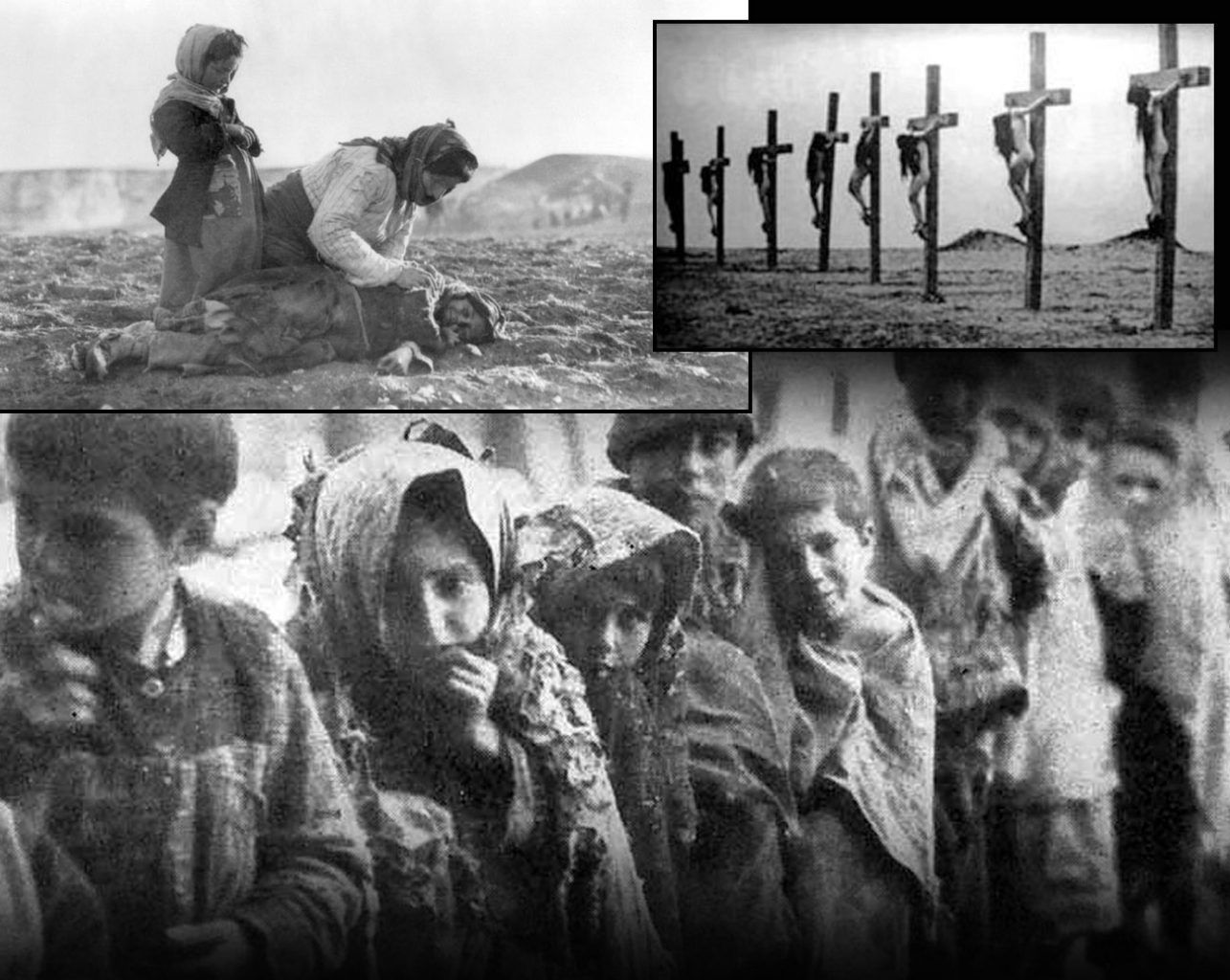 The WW II Propaganda poster featured as a link in this posting is disturbing. Of course any pik with a swastika triggers a negative perception in the average American. To have the ugly symbol above the angelic face of the little boy is like suddenly seeing your child sitting in the lap of a mass murderer.

What if the little one keeps wearing the hat. What if he is still wearing the hat when he is 14 years old? Those of you who have followed this blog for more than a few weeks have heard my railing about the damage the absence of a father will wreak in the life of a male child. The politically contrived idea that there is no difference between a woman or a man raising a young boy will not be entertained here. Yes, often a strong mother can raise male children who have the restraint and judgment to be good men. But it is a tough call  if you are a single parent. Whether you are male or female, it is a herculean task to raise a child to a successful adult. But the fantasy narrative that marginalizes males in familial relationships, vilified men as rapists and physical abusers or snickered at the  incompetent fools who can’t put a bicycle together has almost buried the idea of men as valid contributors to the American family. Sigmund said “The child is father to the man.” in describing the maturational (evolutional) nature of growing up. The influence of a weak parent will raise a male that evolves into an spoiled brat with muscle enough to victimize, bully, or kill. The model of a man who can find good purpose for his strength, and  proper  use  for anger (yes there are situations where anger is a tool.). and the importance of humility in self-regard is the best bet for preventing the overweening teen-age gang-banger from being released upon the world.

I won’t stoop so low as to say that “she so uuuuugly a freight train would take a dirt road just to get out of her way!” No I won’t stoop so low.  God has a little extra grace for fools and drunks. I don’t know how she drinks so I will settle with her observable behavior. Like, she was on point when it came to rabble rousing people to assault Trumpers in restaurants and on the streets etc. Words tantamount to incitement to riot or at least incitement to assault individuals. The grace part enters into matters when one considers what a couple of statements on the internet can get you if you make terroristic threats against the head of HUD.

When one weighs the two in balance with IQ the measured quantity, the BRAIN SURGEON,  a gentleman of soft-spoken eloquence and immaculate manners, is a good bet for all-around better human being.