I am sorry about the dirth of posting of late. I am sure you have been holding your breath awaiting the next profound revelation (humor). But there is no joy in Mudville lately. For the past cople of years Deb and I have taking care of her father, who has dementia and is presently on hospice care in our home. He is however of a special variety of disorder. His violence, resistance to co-operation and  sexual improprieties (his granddaughters cannot be left in the same room, and visiting of any kind has become sparse. His mania and  round the clock assaults have sucked my life and the lives of my family into a maelstrom of insanity. Dementia like his is so hard to manage that there are few long term facilities that will take him.

They call it care-taker burn out. I call it depression. There is no way to describe the despicable nature of the beastie without getting melodramatic and still not impart the tremendous stress involved. Suffice it to say we live with two barricades in my home,  locked doors and  alarms.  The geezer has always been an selfish asshole. His demented condition has escalated his mean nature into attitudes and behavior that would have called for an exorcist in any other age. The dysthymia and major depressive bouts make formerly enjoyable activities seem a chore. Well this is my restart on my site. Sorry about the delay.

The article attached to this photo. illustrates the systemic denial toyed with by our conduits of information, the “main stream press”. It as become a social imperative to deny certain realities. …Realities that are as objectively provable as a tiger trap on a dark night. The point being, (pun intended), by the time you are proven wrong, you are impaled on bamboo stakes. I fear that our liberal’s self-flagellant take on personal worth could keep us looking at the stars rather than the path that lays ahead.

I see a land of Unicorns and clouds that look like dragons drifting by in sunny skies and a world where no one gets their feelings hurt..  The liberal daydream.  A land where you don’t get staked in a Tiger trap…unless it is by candy canes and marshmallows.  I see a land that never endured an existential crisis; no world war, no plague, or dissipation of economic depression. The millennium child, born of families broken by divorce, self- absorption, and self indulgence has taken to the streets.  Having no great crusade or threat to the country, the millennial children define themselves through self-inflicted wounds.  As a therapist I have seen many too many 12 year olds carving on themselves just to feel.

We live in the spiritual ruins of families fragmented;  in LBJ’s “Great Society” where fathers no longer stay, and the government stepped in as surrogate patriarch.  A place where boys without  male influence, grow to bully-hood and women, once custodians of morality, have abandoned virtue to adopt the worst male behaviors in a misguided attempt to empower themselves.  Now I hear the “F” word pass through female lips more than males. Profanity and promiscuity make you a man like crapping on statues and flapping your arms make you an eagle.

The Id has won the battle of the late 60’s and 70’s and the great social experiment of modern neo-socialism.   But the war isn’t over. And without engaging in the eternal debate of is there or isn’t there a God, it is safe to say our sins are consuming us.  It’s just not hip to be square.

But hope has not died.  It may be that Trump is the tough guy who will have his feet firmly planted and  his “Id” in check, his conscience clear and his ego firmly anchored to balance it all out.  No matter the cradle, be it in Heaven or the mind of man, evil deeds are done all over the world and the whole of humanity is the perpetrator. I would rather fight the good fight than just sit in the bleachers, waiting for a miracle to come along and save me. There really is a force in the world called evil.  Three are on the field, Villains, victims and hero’s.  The great conundrum is this…..What are we made of?

Freud had a lot of rather perverse notions concerning human personality. Penis envy is the first to come to mind; in which he asserted females felt deprived of something that males had…a penis. Strange thought isn’t it.  The Electra complex (murdering  mom for full possession of dad), or the Oedipus complex, (the expunging of the father for full possession of the mother).   Freuds basic structure of the human personality, comprised of the evil Id,  the over critical Superego and the hypercritical superego  is dead on. It is the struggle for primacy between these opposing drives (instincts if you will.) that brings forth either the good  or the bad in men.

Trained in neurology, Freud saw the world from the micro to macro.  From the ravenous feral Id to the excruciatingly criticle  Super-ego, a constant psychic tug ot war battles for control of mans behavior. Will the Id win and the trigger is pulled……or will the shaming of the super-ego prevail and the gun be put peacefully back in the holster? The Id (feeding, fighting, fleeing and sex) The superego, (restraint, shaming and condemnation of the less than moral urges of the Id) and finally, the Ego the great negotiator of the mind, helps the Id get what it wants in socially acceptable ways.

Most conflict begins in the soul of each. War, murder, domestic violence , prison rape and  the guy with the ‘fro’ that paints happy little trees.(God I hate that guy). 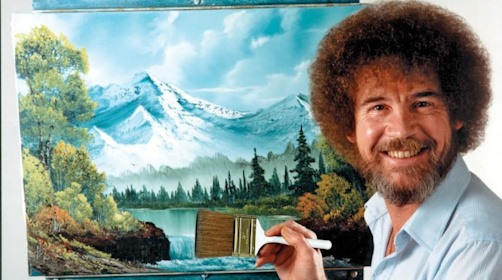 Of all theories Freud’s tripartite structure to the average human personality is the most cross -culturally  meaningful.  Because he begins with life in it’s most primitive state and works to the most complicated organism there are no logical gaps to fill. No rationalization to whip out  when there are holes in the theory….it fits. As a matter of fact the behaviours are cross special. Just ponder a mother tiger cuffing a cub when it needs to learn not to play with dangerous things. It’s the same. the parents teach the young, guides and hones their survival skills. Same thing with all species.. Same thing as a human parent teaching a kid to look both ways before stepping into the cross-walk.