I wailed, gnashed my dentures, and rent my cloths in despair when Trump abandoned the Kurds in Syria. Well,……. I freaked to soon. KLIKDAPIK below and get educated. If I had known I wouldn’t be gumming my Mapo now. Iran wants Israel dead. The world didn’t figure it out. The Ayatollahs that run things in Iran never cease to tire of braying about destroying Israel! Israel, the last outpost of civilization and the first to take the punch if things go ballistic in the middle east. The IDF reveals a long term strategy of encirclement  Iran in  positioning missiles, (guided) and rockets (unguided) on the three sides of Israel not facing the sea. They intend overwhelming the Israeli defenses, “Iron Dome,”  “David’s Sling” and “Patriot batteries” when their masses of weapons are in position as well as their poitical will to open up a can of Israeli Whoop-ass. 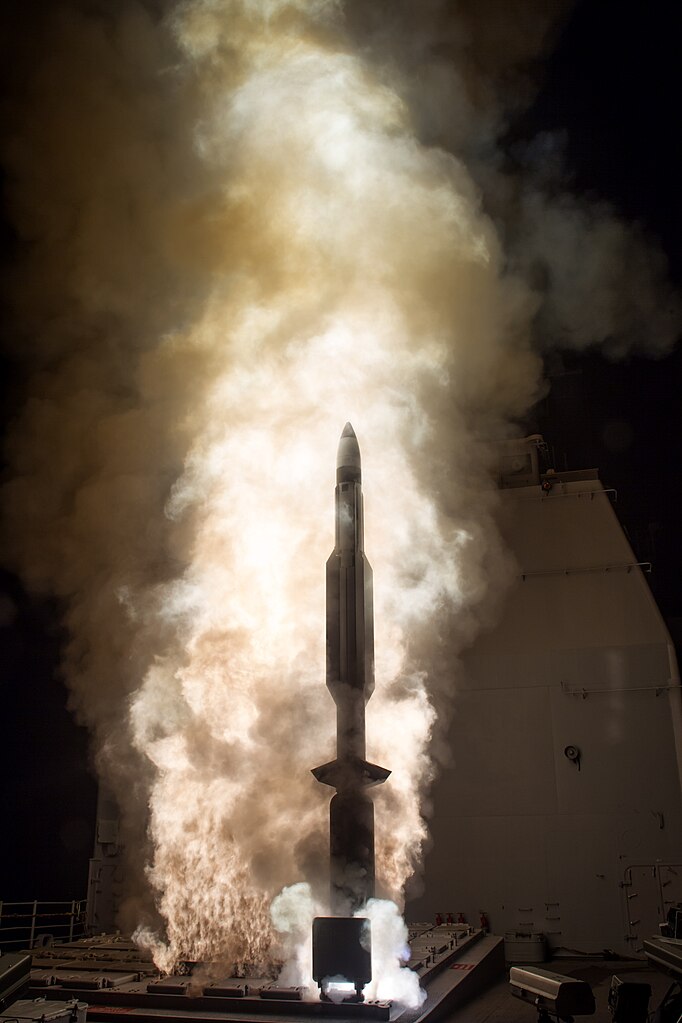 Pompeo reassures Bibi Netanyahu that we will not cut and run on Israel at a critical moment and screw them with our erstwhile allies the Kurds.  There are always witnesses to our public crimes, and with America, the entire world is watching., I cringe at  the abandonment to this group, who have been supportive, engaged and effective fighters supporting our efforts in more than one military operation .

Honor when lost, is almost impossible to mend., When you have broken your word in war, and the results are many deaths, …..possibly annihilation of a culture that has existed in the region for many millennia. We owed the Kurds. We abandoned them at a critical moment. To most people in the area you are foolish to trust a superpower that will turn their back and walk away as the wolfs can be heard gathering in the shadows of the tree line

I spotlight this fighter because she is female and is allowed to , nay encouraged to fight shoulder to shoulder with both female and male countrymen. ……..BRAVO LIL’ SIS! ……But she is dead and cannot hear my Kudos on her grit and courage. And it is important to recognize the press of motivation that puts women on the front line with enemies who will reserve a little extra cruelty, a dab more humiliation, and a load more of cruel intentions. The best a female fighter can expect is gang rapes even to the point of death.. You have got to want victory to enter into engagements were the the rules of war are to be as openly cruel and torturous as possible. The Rules are….NO RULES. THE WHOLE OF THE MIDDLE EAST IS A ‘CAGE MATCH’ FROM WHICH NO ONE SURVIVES

AZIZI JALAL A KURDISH FIGHTER AFFILIATED WITH SDF FIGHTERS, IN THE RANKS OF KURD FIGHTERS….NOT ONLY WAS SHE KILLED…BUT HER BODY WAS DESCRATED

GODS BLESSINGS TO YOU AZIZI…..YOU’RE MURDERERS CALLED YOU A WHORE AS THEY DANCED UPON YOUR BODY, WHEN YOU DIED FIGHTING FOR YOUR PEOPLE. WHAT DO YOU CALL THE FEMALE CREATURES RESEVED FOR jIHADIS WHEN THEY ARE SENT TO HEAVAN . ……..HEAVANLY WHORES?

The ethnic Kurds have occupied that same stretch of land at the bottom of Turkey for the past two millennia. They have a right to be where they are just on the basis of living out a history in that area so long. They have been where they are, long before The Ottomans and much longer than the Turks.

The Kurds have been designated as terrorists by the Turks who have a long -standing feud with them. Turkey will   attempt  to genocide the Kurds……. Sooner or later.  Turkey is no stranger to committing Genocide. On the heels of the dissolution of the Ottoman empire, the Turks initiated a genocidal march the brings to mind the Bataan death march, or Americas own genocidal march, “The Trail of Tears” when they set several Indian tribes on a forced march from the eastern seaboard to the Oklahoma territory. 15 thousand Native American men, women and children perished on the trail west. The Turks killed approximately one million Armenians they set afoot and forced to march and die. Die from starvation, outright execution and exposure.

The video included here discusses the present problems in the area that has been under recent dispute with ISIS recently subdued and neutralized as a power in the region. It broke a lot of hearts, mine included to abandon good allies such as the Kurds. And  I do not expect ISIS to lay fallow now that those captured have been liberated by our withdrawal..

“All the European countries will kneel before us.” So says an MP for Turkey, of possible responses to condemnation of Turkeys invasion of Syria. Sounds rather biblical doesn’t it. Turkey has it’s sights set on the Kurdish population that has been fighting ISSIS for and with America et. al.

The Kurds have been strong allies since they fought with Americans to subdue Iraq during the ousting of Saddam Hussein. The, Kurds  have a strong affection for the U.S. ….at least they have had an affection for the U.S. in the past. The abandonment of the Kurds, long considered terrorists by the Turks, has given a green light to genocide.

The Turks have had journeyman’s training in genocide since they murdered as many as 1.5 million Armenians in 1915.  Tayyip Erdogan  the present president of Turkey has been revitalizing a fundamentalist Islam in Turkey, with all the repression and oppression of it’s constituents one comes to expect from regressive Muslim countries.. 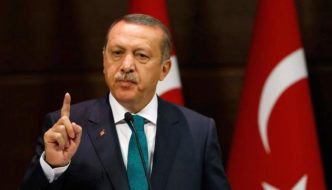 Erdogan is threatening to release 3.6 million migrants on Europe should he feel the need. This is a rather odd threat. I have never heard anyone threaten another country with an attack of homeless people?

The fact still remains Erdogan was going to invade Syria. There was nothing we could do to stop it. The Kurds will be given the same treatment that Turkey would afford any group of terrorists. They will be killed, tortured and maltreated in countless ways. And unless we want to start a conventional war with Turkey, there is nothing we can do to stop the carnage. But I do hope we destroy Turkeys economy as a response to their nasty behavior. 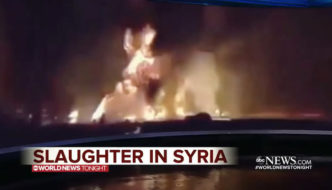 It is an Uphill Battle for the Kurds. Ever loyal allies, recently abandoned, to be killed by insurgent Turkish armies, are pleading for some help in staving off the surprise attack Trump helped in setting up with Turkey. When I say that we helped I don’t imply a deliberate compliance with the Turks. The surprise move, with most of Trumps military advisers uninformed of the move before it was made could not have been predicted by the Kurds. Essentialy his pull out took the Kurds by surprise.  They were, in  the words of a westerner,dry-gulched by the move and left to be ethnically cleansed from the Earth.                                   KLIKDAPIK for more. 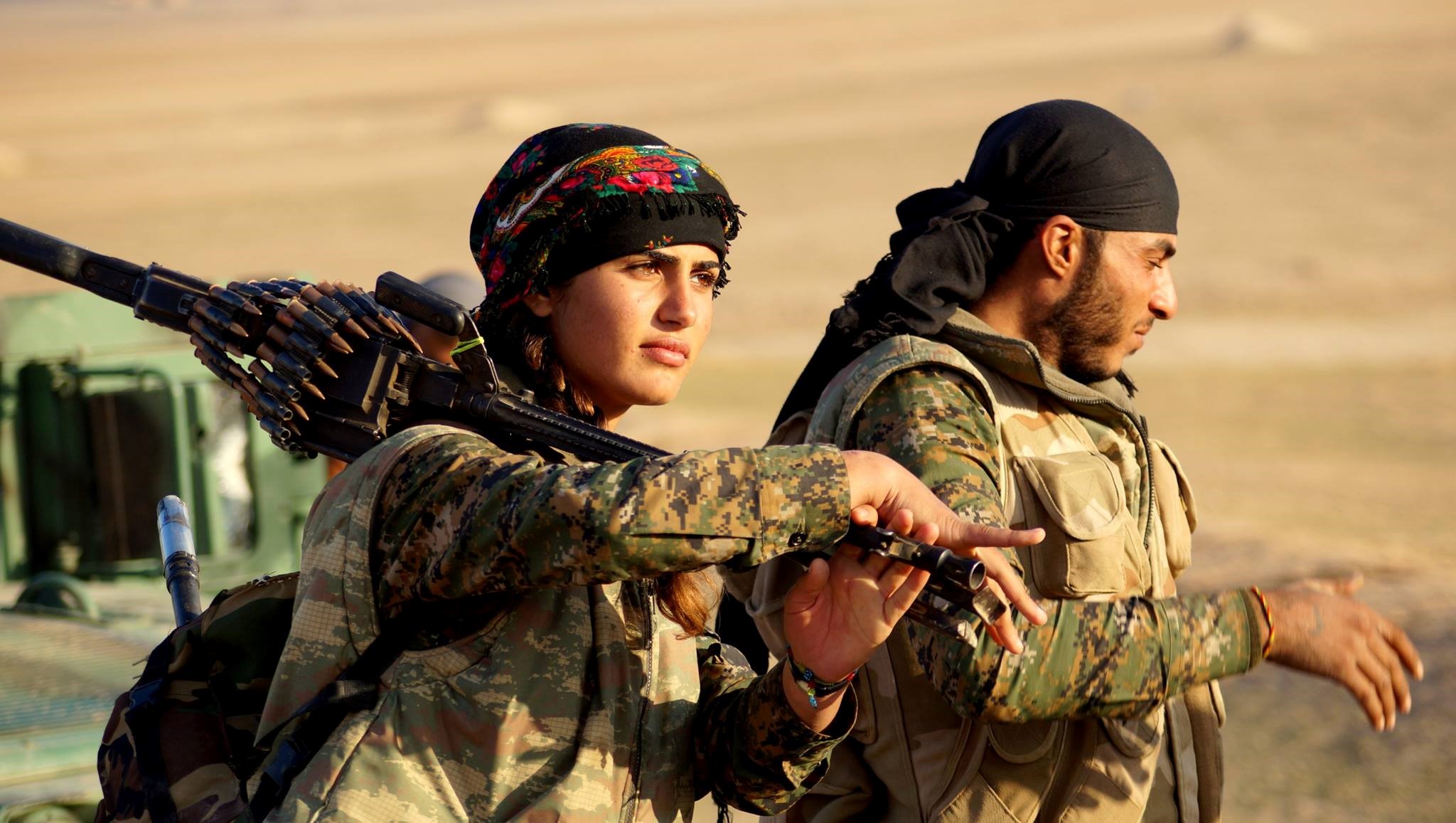 Bibi Netanyahu, Prime Minister of Israel, is pledging assistance to the Kurds in their fight against the Turkish forces that have entered  northern Syria with the avowed purpose of eradicating them. “Israel is prepared to extend humanitarian assistance to the Gallant Kurdish people.” states Netanyahu.  His offer is magnanimous beyond measure in that the Kurds are Muslim. This decision may seem odd if judged through purely partisan values that dictate automatic opposition to the followers of Islam. But honor is the gauge that Bibi is using to dictate his intensions and  actions. Sometimes, in order too act with honor, one must risk all and walk the razors edge. For Netanyahu the question will always remain…. What will it take for America to  abandon Israel? Honor cannot be compromised, it must be whole or nothing at all. Honor demands a heavy price sometimes. How far is America willing to go in helping it’s friends. When will we tell Israel “Well sorry but the price is too high. and the benefit to America too low , so sorry, you’re on your own!”  Discussion and debate, reasons and excuses, all are just breath without honor. So Bibi, I have seen the metal of your character, and know you are a man of honor.

Our own POTUS I am not so sure of.

President Trump announced that we are abandoning our Kurdish allies to almost certain death as we withdraw our military from Syria. Kurds, in a generational conflict with the Turks have been instrumental in  our victory over the forces of ISSIS. The Kurds have been long term friends of the U.S. and have always “had our backs” in conflicts in the area. They were quite helpful in the Iraq war, and have been quite vocal about their fondness for all things American in a region where some countries lead every Friday prayer session with “Death to America! The Great Satan!”

ISSIS FIGHTERS, HERE PICTURED HELD CAPTIVE WITH KURDS AS THEIR GUARDS, WILL BE RELEASED UNDOUBTEDLY, UPON THE TURKISH INVASION OF NORTHERN SYRIA

The power vacuums that are left when the relatively small American force goes, and hell will have it’s way. There will not even be a set of eyes set upon  their back as they do their dirty work of disposing of the Kurds. That is all.  it only leaves the Russians as the big dog in the area, yes the vacuum  will be our blindness. Without emersion in  the broiling brawl  of the middle east we are nothing more than a rubes, cooing at a Pollack splatter. Either we are on the outside guessing who is shipping the dirty bomb into New York Harbor, or we know who signs off on it  and what he had for breakfast.  We will be giving card blanch to the Iranians as they consolidate power with Abbas and the Russians and Israel burns in the bargain.

Trump you are fucking up. Big time. I know my blog is  but a little voice in the wilderness, but I wish you would hear me.  Think this through! Please! It is not to late to reposition troops to take care of the Kurds. YOU just can’t do your friends this way………YOU CAN’T…………YOUR AN AMERICAN ………….DO THE RIGHT THNG!!!!!!

Our “allies”  have something to worry about. The Kurds fought with us during the Iraqi debacle under Bush. They fought shoulder to shoulder in fighting ISSIS. Now that we have defeated the attempts of ISSIS to establish a lasting Caliphate……we abandon the Kurds to be massacred by the Turks.  KLIKDAPIK for more