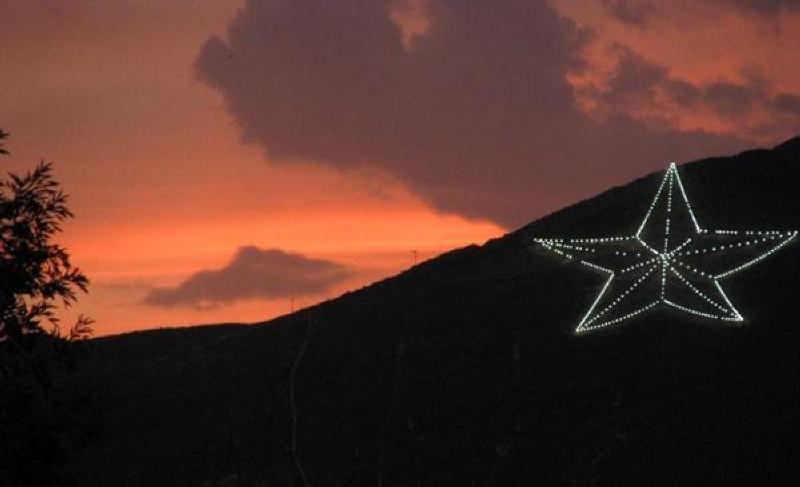 I will not show the face of the shooter who killed 10 students in  The Santa Fe, Texas school shooting. I will not pour more gas on the fire by mentioning this creeps name or showing his face. The media , regrettably, is a part of a the problem with most “high profile” massacres. When the Iranians ditched the Shaw back in ’79. They invented the first reality show by taking and holding several American hostages for over 400 days. It was a nightly news special when they would troop the hostages (bound and blind-folded) out before the cameras and press every evening. The nightly news hour, “Nightline” was launched by the crisis. After, of course, they changed the name of the program from “America Held hostage” to the much less prejudicial “Nightline” as mentioned above.

IF YOUR EVER LONELY IN IRAN, JUST SHOW A FILM CAMERA AND CLAIM YOUR A REPORTER FROM CNN, (A WING OF THE MUSLIM BROTHERHOOD AND HAMAS). CROWDS WILL GATHER AROUND YOU IN A FEW MINUTES. BYOE (BRING YOUR OWN EPHIGY)……….KLIKDAPIK

THIS IS ALL THAT NEEDS ATTENTION, NOT WHATEVER MALADJUSTED DINGUS WHO HAS FANTASIES OF GOING OUT IN A BLAZE OF GLORY.

An American news program changed it’s name at the command of the hostage – takers and cast itself into the uncharted waters. A news program complicit in helping hostage takers gain nightly notoriety for a 400 day run. It is interesting to note that the Santa Fe shooter claims he didn’t target people he like so that they wuld be able to “tell my story”

At least 129 killed, a theater and soccer game were targeted , a man caught in Brussels with lots of ordinance and connections to the Paris attacks. ISIS is making a robust claim on  the incidents. The French have called this an act of war.   Conceived , in earnest, in 1979 at the fall of the Shaw of Iran and the installation of  Ayatollah Khomeini  at the head of Irans present neo-theocratic government. Now the news is hot, fresh, and subject to change.

French Pres Hollende, says it is an act of war. Pres. ‘bama says “We bring those responsible to justice!” like it was a crime perped by regular criminals. Tin ear? Nothing between ears?

ISIS SAYS THIS IS WAR, Obama is dialing 911, Hollende is closing the borders. 77% of the ‘immigrants are young men! Feel the rumble? See the tremor in the wine glasses of Paris, London, Rome et. al. There is an army on the move. It comes from the crucible of Syria, (a Syrian passport found at  the stadium site) and other parts of the caldron of the middle east.

It percolated from Iranian revolution throughout the middle east, it’s bloom and blossom is the Caliphate ISIS. The present mass incursion of fighting-age Muslims into Europe signals the cultural death of Europe. Our oft times imbecilic but always cherished, cradle mates across the pond  are under a tidal wave of dependent DP’s (displaced persons) soon to be Welfare recipients of the host countries. As is always, (at least always has been)  the case the immigrants gather together in closed communities insulated to the culture at large. In various venues throughout Europe  these ghettos become No-Go zones for police. Sharia law is infiltrating as an auxiliary to the host judiciary of many European countries. These enclaves become dark zones that are like a dark smudge on a lung ex-ray. Bad news from the most violent religion since the Thugee’s prowled India, swilling sugar and strangling travelers.

Last summer Deb and I stood at the base of the coliseum, ( the big one, in Rome), the evening was warm and it was a long, slow, late-summer sunset. A light breeze seemed kind after the pounding heat of a late august afternoon. Of course there was the broken grandeur of the Colliseum. My eyes traced every line, crack, snag, of the ruin. And it was grand. I was filled with a sense of….. NOSTALGIA!

My history was everywhere. I felt  familiarity in the gaze of  of each marble visage. I felt some kind of completion. I felt as if I just got home. It is disheartening to think that the whole of western history    will fall into the gentle hands of ISIS, pictured here, destroying  ancient antiquities at the Nimrud site in northern Iraq.

I saw the handwriting on the wall for Greece in a hostel in Athens. It was a age worn place, a walk up with  primitive frescos of Zeus and his clan and a host of Greek deities and monsters from the Hellenic period festooned each landing of each floor.

Leonidas the desk man, sported the blue black curls and swarthy good looks that found it’s deadliest reputation in late fifties with such films as “Three Coins in the Fountain” or “Boy on a Dolphin”. One day as I passed the time with him at his desk I mentioned his namesake, Leonidas, the Spartan King who fought the Persians at Thermopylae 480 B.C. He shook his head with a sad smile and said “Yeah, but they have invaded anyway.” He nodded toward the open door to the sidewalk outside…..

The beggars of Athens are very dramatic. They sit, both male and female in little piles on the sidewalk, imploring, loudly and long. With hand gesticulations!  (Imploring outstretched palms etc). There are deeeeep potholes on the sidewalks downtown. Racks of abandoned Vespa’s covered in cob webs and sitting unclaimed for years at a stretch. The despair of a depressed economy was expressed by the number of helpless and hapless on Athens streets. “”The migrants, Leonidas complained, “come here and the government pays them so much just to live. They do nothing… ”

Only a miracle can save Europe now. This concerns me…

There are  lot of people in the world who read this type of article and they feel an urge to get up and do something about children in jeaopardy. It is the natural instinct of the American to  know who is the weaker and who can stand in harms way. American males and females both, if they were raised in the American tradition, will instinctively “ride to the sound of the guns”. Such is the original gift of the Democracy to her children. It throws the burden of responsibility onto the shoulders of each citizen rather than some Great Benefactor who only expects us to have intercourse, spew out little “running- dog- lackeys”, masticate, eliminate and vote Democrat.

On the balance I will not jump at every breeze or snap of a twig. That kind of hyper vigilance is not a life. But I have gagged down more horrific stories during the last six years than I did during the five decades prior. Pol Pot did not manage media like ISIS et.al.. Even Stalin kept much of the monumental murdering on the down low, (incidentally he was a bit before my time). But the bomb has been dropped. I fell in 1979. It was dropped by Ayatollah Khomeini when he virtually started the fundamentalist Islamic revival that is still going on today. By ousting the Shaw and forming a pure theocracy, he was a beacon to a third world full of  finger licken’ nose pickers who can’t seem to get laid in this world. So they are making their bet on the next world. (C’mon. if you think about it, that seems to be the crowing gift of heavan to those who are ingenious enough to blow themslve up.) WW III has been on since 1979 .  I will never see another war like this one and I  probably will not live to see this war end.

Malala Yousafazi, Advocate for educating Muslim females, shot in the head by Taliban 2 years back, is stated as the reason for the horrific attack on the Pakistani grade school.

One wonders what is going through the minds of the men that are pictured above? Did they conjecture about the men, evenly spaced with AK’s ready? Did they question why they were being herded to a remote area that had a large clearing? Did it dawn on them that they were about to be executed?

I remember the first time I saw the grainy black and white films of Jews obediently running to the edge of deep ditch full of their fellow victims dead bodies.   I am  always disturbed by how co-operative  victims are, even to the point of the trigger pull. The typical reaction to watching such films of the holocaust is. “No way! I’d fight to the very last moment!” I am sure that some of these very people, herded to the ditch  and stripped to the skin, entertained such thoughts of resistance. Why then, does no one fight back?

Like a deer transfixed to the headlights of the approaching car they stare in disbelief as they meet their fate. They must be “waiting for a miracle” to save them.

Denial is the co-conspirator, keeping the victim in place and non-violent while the Beelzebub boys   take aim. I am, on a good, non-militant day, agnostic. And even I will take up the sword and a shield  on that fateful day