The emotional damage done through pressing the issue of sexuality at such an age can be devastating. Those who do press the issue should be arrested for abusing the child.
END_OF_DOCUMENT_TOKEN_TO_BE_REPLACED

AOC got caught at a burger fest, and she didn’t raise a fuss. It’s truly disconcerting to think she is responsible for allowing such an investment in the perpetuation of the cow-farting crisis that she has quite vocally hitched her wagon to. Of course this is a bad place to hitch your wagon if your cow is farting. But what she is trying to sell smells of it too!  KLIKDAPIK for more. 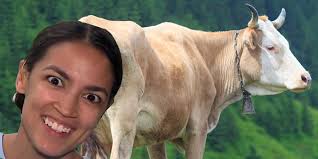 The 27 year-old teacher who had sexual relations with a 13 year-old boy.

Parents are becoming more concerned about the sharp left evidenced in many areas. Textbooks taking on politically corrected history,…. teachers who can’t teach the three R’s  but push socialist indoctrination to current  liberal beliefs. These teachers, are themselves grown children  of a generation who failed to understand that they are employed  to educate our children. Not screw them.  Parents don’t screw their children, and while they are in the schoolhouse, the school and it’s instructors are the parents of our young uns No indoctrination to proper liberal or conservative ideals is required or desired.. Just the facts. Readin’…..Rightin’…..and….Rithmatic…..!

There has never been mch of an argument about whther Americans should be afforded a basic education. An educated public has always been seen as critical to the survival of Democracy. Ignorance is not bliss.

In my youth we had an enemy. We could point at him and we knew which direction to go. Now we point our fickle fingers at ourselves. For American socialism to work, white men must bear the burden of guilt, and African Americans must bear the burden of blindness to the truth.  Because someone told us to. The loss of the fight with congress over the wall hit me hard. I feared President Trump might lose some support from disheartened supporters. This was disturbing, I felt compelled to offer  this personal note. To you, my little sub-group of concerned folks. Please stand behind the man we chose to shovel out the swamp and save our Republic from itself. DONALD TRUMP

In my 63 years I have lived through  the days of a the nuclear “Sword of Damocles”  suspended above all that I did and aspired to..  In a world where the wrong move could  scrub a the surface of the planet clean of all life, you learn about international politics. With proxy wars and lots of spying the two great nuclear powers fought to promote two opposing philosophies….Communism VS Capitalism. After watching riots in the streets, and our soldiers spit on rather than given tickertape parades, I learned something about domestic discord.

BUT I have never been more frightened for the future of the republic than I am now. The recipe for the dissolution of the United States is falling into place. As the African American community are awakening from the long dream of the “Great Society” promised by Lyndon Johnson. More and more blacks are joining the ranks of conservatives who see the welfare state an unnecessary if not destructive to our country and commensurately, our personal destinies.  The “great society” almost destroyed the African American family, paying women to eliminate fathers from the family unit, and offering the government as primary breadwinner. Truth be told the cash isn’t enough and is looked upon as just another monetary tributary to be added to other sources by many recipients.This shortfall is a springboard for the black market in dope slinging, perpetual yard sales and a brisk business in under the table work in carpentry, landscaping etc. etc.

THIS IS ME, JOHN. I WRITE THIS POST AS MY CONTRIBUTION TO THE FIGHT FOR THE SOLE OF AMERICA.

Of course some of the burden can be alleviated by having more children and accessing the funds and services that  are offered.  But it isn’t enough. It never has been.

Seeing the handwriting on the wall and smelling blood in the water, the left is in a fight with POTUS Trump over the next population of Democratic voters. The flood of immigrants crossing our border from the south offer a large population of un-enfranchised people, ripe to lie fallow while accepting goodies from the left.

The issues are manifold, no single issue drives the change. But the critical combination of cherry-picked  education and vigorous socialist programming by the same failed educators has created this toxic, bitter, mob that has failed to grow up. We have countless bachelors degrees in the possession of people who can barely read their diploma. From kindergarten up we have a long gauntlet of socialist cheerleading with precious little educating going on.  The fruit of the lefts labors, ripened, and the millennial, in search of a perfect world,  chants Socialism! Socialism!  as it spills from the socio-educational womb of the first 12 years and into the edgy world of advanced idiopathic socio-education, (college).  Of course they are chanting quite a bit, staring at the ceiling while lying on their parents couch. Till they are 30.

THIS IS MY WIFE, PARDTNER AND BEST FRIEND, DEB. SHE IS PICTURED HERE HONING HER SKILLS.

I enjoy the shows that feature QA segments at colleges. It just does my heart good to hear so many hip, slick and quick undergraduates who can’t tell you the decade  WWII  was fought in, or what war did Abraham Lincoln have to fight? The lions share of answers to the most idiotic questions  are answered wrong. It is really embarrassing. 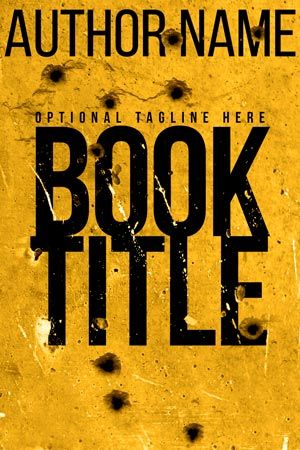 Every morning my 1st grade teacher,  “Mrs. Geise” an ancient old lady, would read  from the Bible. No one objected to the reading or the pledge of allegiance that followed. It was just something we would say at the beginning of each school day.

Other than the Bible reading and Pledge of Allegiance, we focused on the three “R’s”  (reading, ritin’ and rithmatic). It seemed we were being taught the things we would need to know in order to make it through life successfully. We were not being taught to be good little socialists, Zoroastrians, or Baptists. We were being taught the skills necessary to keep our free-market economy functioning.

SO the Freshman sits fidgeting in his chair as the man in the cardigan and Do Martin sandals and red socks took his seat behind his desk. His first answer was as it alwys was. “Wellll James,” he droned, do you have your mind right?”

“Or is there anything left in there,” He said as tapped his temple.

“Good, Your in. Correct answer!”The counselor leaned back, claslping his hands on the back of his head. Right answer. Go down to the financial aid  office, give them this note and Bob will take care of

The little vinette above is played out in different; more subtle ways these days. But such scrutiny is barely needed. By the time a young person gets to college he/she has been thoroughly uneducated but thoroughly indoctrinated. to the values of the progressive left. The fine teachers, (unionized) that neglected to teach their students trivial things like reading, arithmetic, and history. But they have not neglected to impress upon them the importance of accepting multiple gender, cross dressing Satan worshipers. Like our representative, Nancy Pelosi said, “MS-13 are people too!”  For cave dwellers out there, MS-13 is a gang of vicious killers.

Who was it that said, “Those who do not learn from the past are doomed to repeat it”

The conquistadores invaded Mayan country and after wantonly killing as many of the  natives, they deliberately handed out Smallpox laden blankets to finish off the south American population through disease.. The  dirty Europeans (Mayan were squeaky clean) were the obvious villains in this story. OF course they spread these germ laden blankets a few hundred years before the discovery of germ theory. In one text brought home by my daughter all the above info was presented as ‘education’ for the children. The fact that the sacrifice of thousands of innocents by having their heart, still beating. cut and torn from their breast, was not even hinted at in the text.   Bad, dirty, violent Europeans, nice clean peaceful Mayans, Is the lasting impression of the lesson. Even though  estimations of the Mayan body count ranged up to over 200 thousand human sacrifices a year.

The books are open but where is the reader? Klikdapik to learn what you probably already know. In our great land stupidity indicators are on the rise. I don’t know who said it but an educated public is the greatest guarantor of a free society and it seems that stupidity is “cool” in America these days.