Even the “Church of Satan” is backing away from Kathy Griffin. CNN dumped her.  And backlash from all quarters has penetrated thick layers of self absorption. Such putrefaction of soul ,once exposed cannot be forgotten. She may be a funny woman to some, but there are many who are offended. Just for fun, compare the two piks below….. 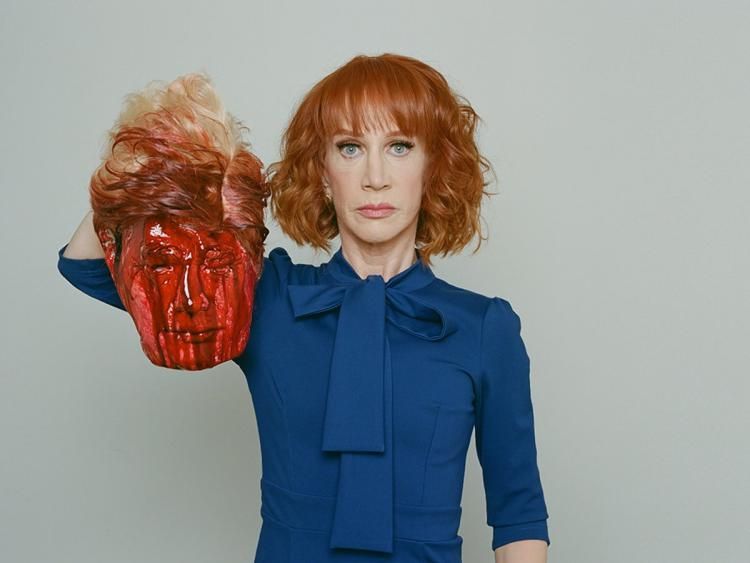 Both images are from the same vile place. Although one is real and the other as close to real as could be mechanized, the two share the same pit of rage.  The motive: to insult the better angels of our nature, to demonstrate hatred, to show that societies boundaries are meaningless when couched in such hatred.

Both pictured decapitators live in a world where all of their personal associations  support their primitive thinking, both live in a world of bitter fantasy, where up is down….. if it gets them what they want. Both live in a state of regression, incapable of thinking in a mature fashion.

But when one pauses and considers that Griffin is a comic, devoted to making others laugh. How could she think such a horrific image is funny? Who is her audience? How many are there among us who give such behavior a pass?