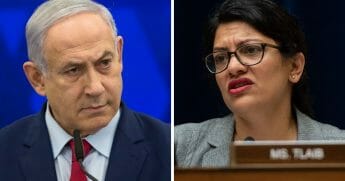 Congreswoman Rashida Tlaib , in light of her anti-Semitism and support for the BDS movement (boycott,divest, sanction) against Israel was denied entry into Israel in the company of her cohort and fellow anti-Semite Ilhan Omar. Tlaib submitted a request to see her grandmother, living on the west bank, on  humanitarian grounds stating, “It might be my last chance to se her.” She was granted admission. Then she denied that she was going to Israel at all.

The response from the Israelis was incredulous. So she was willing to give up an opportunity to see her granddmother for political reasons. In other words, her hatred of Israel outweighed her love for her grandmother.. 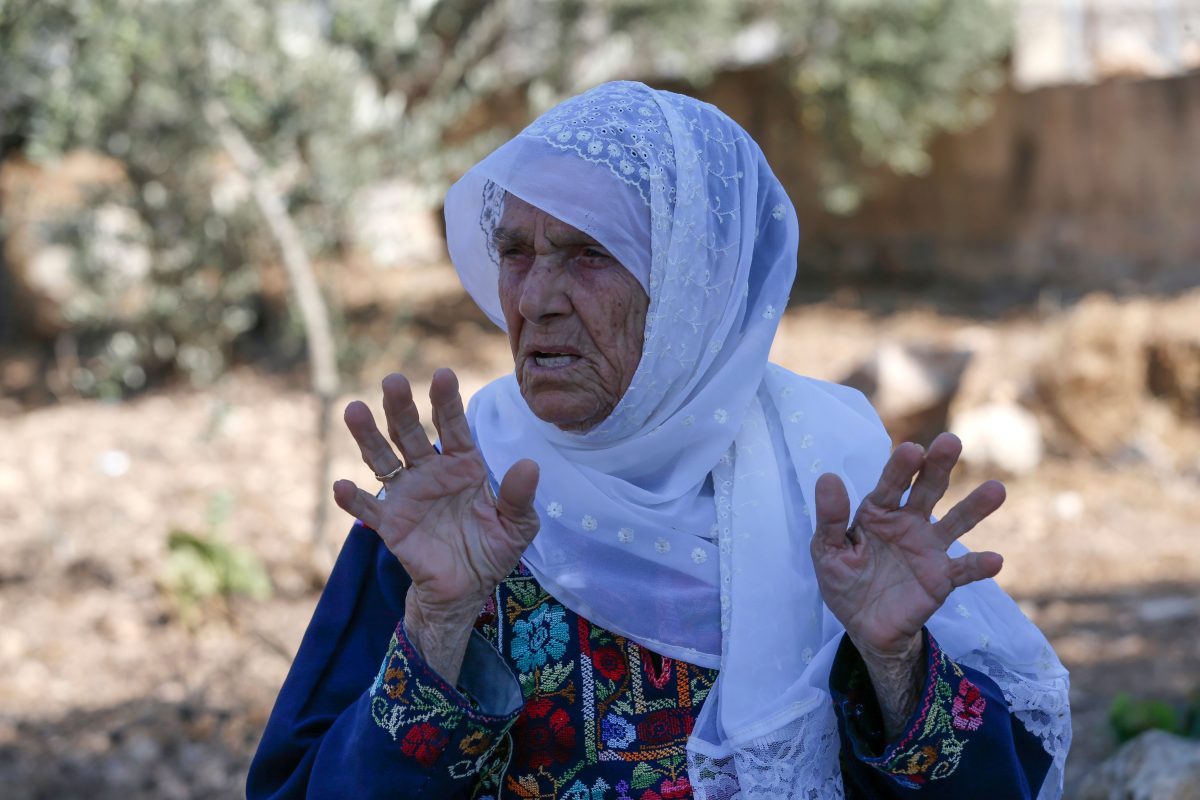 It is obvious that Tlaib  wanted the Israelis to deny her entry on her request to see her G-ma. The it would be great fodder for vilifying the Israelis as unloving toward grandmas. But then…..woops! not everyone is as bitter as you are Rashida. They gave you what you asked for. Not what you wanted. So much for cheap-shot sniping.

Sooner or later we all  “Hoist ourselves on our own petard.” and It is inevitable that the truth will find the light of day.  Ms. Rashida has already exposed  the thin skin and “how dare you say that to ME!” rage of a narcissistic personality.  Impulse control has been disguised behind an abrasive, anger façade which obfuscates her inability to contain her rage, even when she wants to. Her statements about feeling more Palestinian in the halls of congress than anywhere else is a confession that she is a card carrying member of the same group of miscreants who fill the ranks of the PLO, one of the granddaddies of the Palestinian authorities today.

It is no great bit of investigative journalism to find damning information on Rashida Tlaib. Below  is the vid in which she proudly brays that she has “never felt as Palestinian than when she is in the halls of Congress.”

NUFF SAID……ONE WONDERS HOW THAT PETARD FEELS PRETUDING FROM HER GARGANTUAN HEINIE!!! 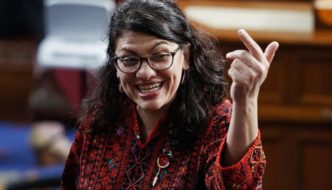 I think it’s her inherent charm. Maybe it’s her take on middle-eastern history.   Rashida  dances before a congressional committee. The search for her neocortex has turned up ZED and  she is feeling free and  empowered. With a mouth so fowl a gang  of penguins recently attacked her with tooth paste, a Dremmel with a wire brush attachment, and nine yards of floss. They had to change-out a couple of brushes to get through the barnacles. They worked for Greenpeace and thought she was an injured narwhal. She had recently learned that honey bees communicate through complicated dances. So she tried introduce congress to Plaestinian History through Bumble Bee Gyrations…………………….AND SHE IS FEELIN’ IT!

I AM CERTAIN THIS CONSTITUANT, JUST DEAD….ON HER FEET SINCE PLAYING “STONING FOR DRACMAS” IS EMPOWERD TOO!

THE WEARY WOMAN TO THE RIGHT, IF SHE WERE ALIVE, PROBABLY REGRETTED SHE COULDN’T FIND THAT FOURTH MAN THAT IS REQUIRED TO TESTIFY ON HER RAPE!

The woman who referred to the President of the United States as a “motherfucker” lied about her residence and committed voter fraud in listing a false address in order to run for office in a district she didn’t live in. Of course you will hear nothing of this in the mainstream press. 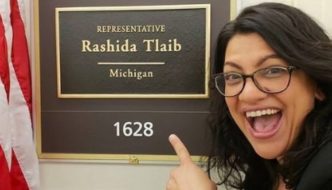 Our representative from the great state of Palestine has opened her gob and uttered the second remarkable statement in her baby-fresh career in Congress. Rashid Tlaib, accusing Americans who support Israel of having “dual loyalty” resurrects an old anti-semetic tack of questioning American fealty if said Americans support the very existence of Israel. The now that I’m here we can “impeach the motherfucker” hubris in her first week coupled with an utterance of unmistakable anti-Semitism in her second week in office lets us know that she is not here to represent the people who voted her into office (Michigan is her straw-man)……Palestine is the state she really represents.