“Bad, Bad Leroy Brown, Baddest man  in the whole damn town.”  Jim Croce was a blue-jean trubadore who connected with the grit and sinue of the working .class hero. He could touch the heart of even the most crusty bikers on the pike.

The south side of Chicago, the baddest part of town

And if you go down there, 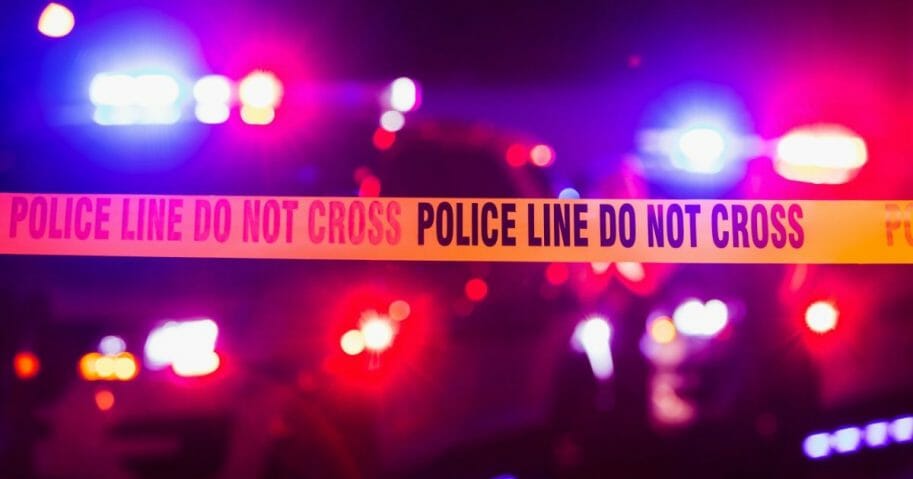 Chicagos’ Lightfoot and Ted Cruze get into a twitter fight over the 2nd amendment.

There is an ongoing denial of sanctity of life in this nation. When the massacre that happens  every weekend  in Chicago Illinois  cannot get the airtime and attention of  other, incidents of  violence,   then violence in Chicago  has become mundane! 7 dead Bodies and  22 wounded last weekend is not news.

Above the fold fodder and the kicker that gives these deaths their luster is that they are unexpected,  and the victims aren’t mostly black and living in Chicago. The “shock and awe” factor is gold when you are taking up the cardboard sign and clenching the fist of rage over gun control. The simple fact of the matter is that the dead bodies in Chicago are not as news worthy than bodies of a greater God……..RATINGS……And there is nothing that can pump up the RATINGS numbers like a good SECOND AMENDMANT CAGE MATCH!

Sometimes you find character and backbone  in places you wouldn’t normaly think. When the students from the Stem School, Highlands Ranch, stomped from the gym during what was slated as a memorial vigil, The common heart of mankind swelled with pride at the clarity of vision, the high school youths  courage of  conviction, and the iron in their will as they stood their ground against all comers.  The students of Stem Highlands High School stood and walked out of a memorial vigil for their fallen schoolmate, not follow the political agenda of the “guest speakers” that came to bleed the wound and nourish their own  political bloodlust.

When the students realized that the their vigil had been high jacked by politicos with an ax to grind, They walked out and in a clear glance, having accurately diagnosed the illness.  They know real love when they see it. And the speakers literally forgot that they were at a memorial. If they ever really knew what one was.This was for  healing of the loss of a friend, a son and brother. It was not the “right disaster” to launch an attack on the 2nd amendment. IT SEEMS THAT WHEN YOU HAVE LOST FAITH IN THE YOUTH OF AMERICA, SOME FINE YOUNG LIONS LIKE THESE TAKE A STAND FOR THEIR CONVICTIONS.  and rattle your cage!     AMEN! 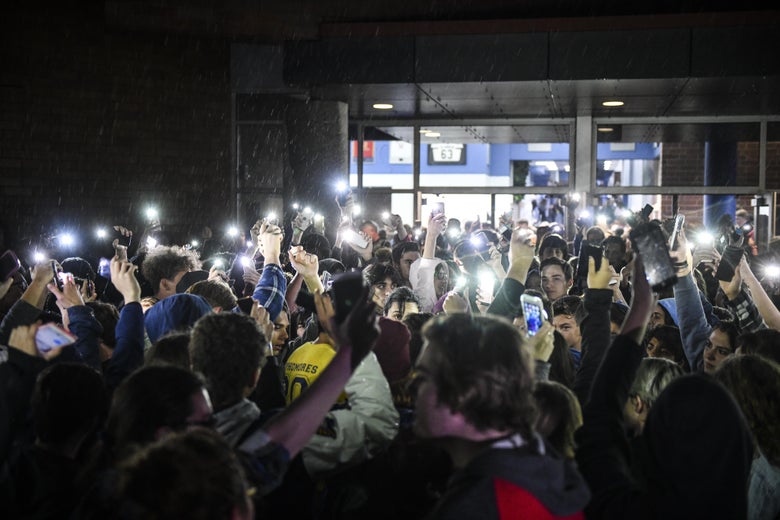 The friendly looking characters staring down photographers were present as door greeters at a voting place during the 2008 presidential election. Black Panthers.  When complaints were voiced about possible voter intimidation by two men armed with blucgeons, the NAACP, ACLU and every black leader and white liberal who could find a microphone,  railed about their right to be standing at the doorway to a voting place glaring at people. 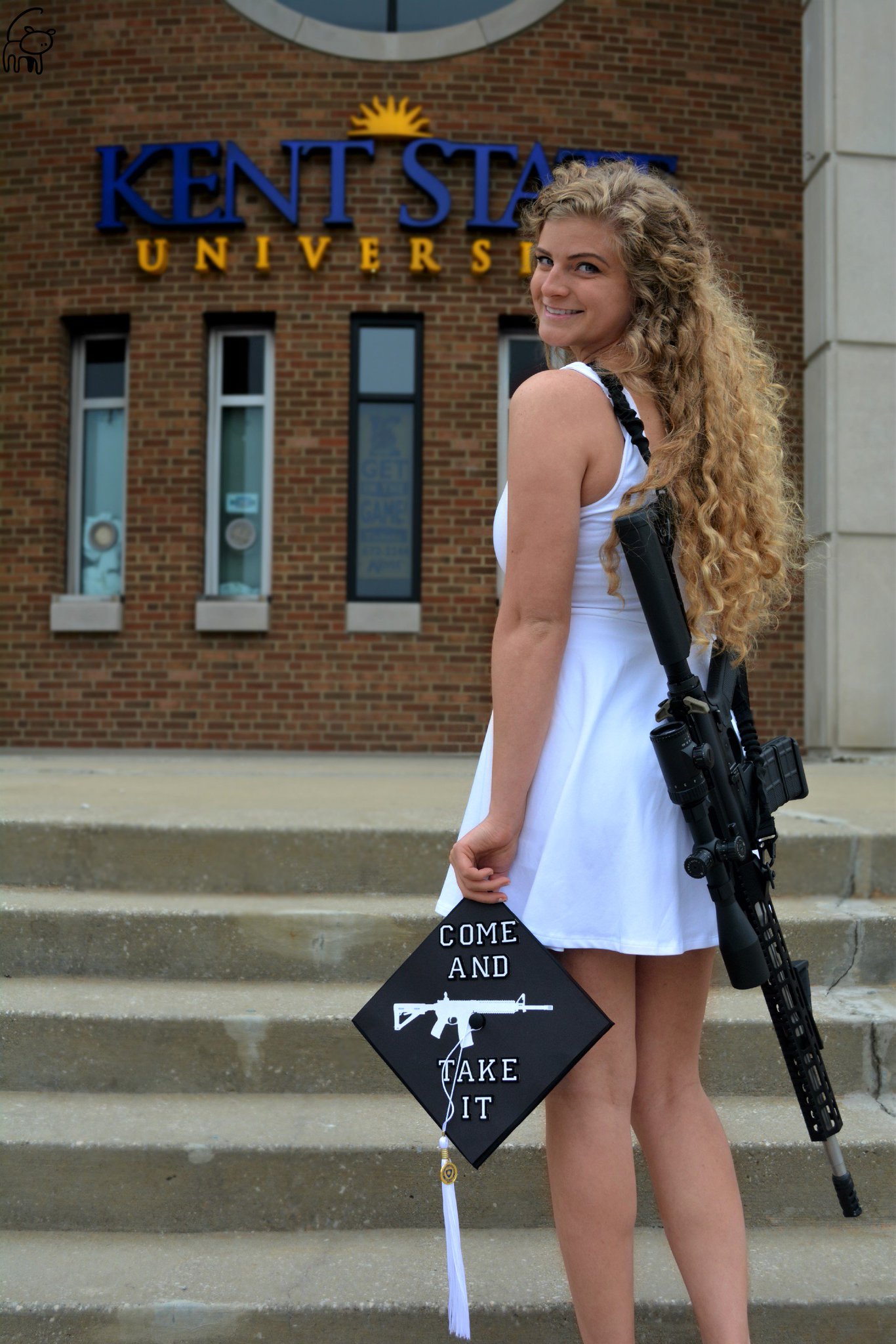 I FIND MYSELF WEIRDLY STIMULATED BY THIS PIC

This young graduate of Kent State U. was the target of death threats and accused of taking advantage of her “white privilege” for this shot, (no pun intended). She was accompanied by a uniformed police officer.

DAY to day it fell to  the settler  to serve as his own protector and provider.  The closest   constabulary  a couple weeks hard ride. Possession of a working firearm was more vital than owning a horse. Lose a horse you will not ride.Lose a gun and you may not survive very long. Remember, is better to have a gun and not need it, than to need a gun and not have it.

I used to linger around the handgun counter at the Gibsons Retail store on the north side of the square of my hometown  Alva, Oklahoma. Usually I would be at the Gibsons late in the afternoon, as I made my way home after the Sunday Matinee at the Rialto.. On request they would let me handle the pistols for about as long as I wanted. Always friendly and accommodating good customer relations..

Many a summer morning saw me walking through town, heading either to or from the Nescatunga River with my rifle in the crook of my arm. I was your average small town boy living a small town childhood. Basically the behavior and rules were the same for any kid in town.

To see a young person briskly walking down a city sidewalk with a rifle across his shoulder would alarm none. The number of mass murders at schools when I was a young teen was exactly “0”.  When I was 15 years old I bought an M1 carbine. It was a semi-automatic rifle developed as a weapon for the military.

The reason I could walk through town brandishing a weapon was that the social fabric of the American culture was so tightly knit back then that anomalies as lone psychos with guns were a bit fewer and farther in between than today. A good man can be a dead man if he is frightened of the weapon that would save him.

This post is pure self-centered boasting  as well as  a precautionary tale about progress and judgment.  As a proud owner of a 1911 I was never swayed by the unsubstantiated rumors that led shooters into the 9 mm craze and subsequent shame at having been so duped.

In all things a good judgment of quality and attention to track record is invaluable in judging outcomes. Against the onslaught of snide comments about having twice the magazine capacity than my 1911. Find a story of an average gunfight and I bet you can’t find one article on how a 1911 ‘ran dry’. Most gunfights are over in seconds, they happen with only inches between the shooters, and body mass is as accurate as you are going to get.

SIZE MATTERS? The FBI agents involved in the 1986 shootout of two robbery suspects in Dade county Florida would confirm that size, (in this case, caliber) matters. The suspects took multiple hits  of 9mm pistol ammunition and still  kept coming.. Even outnumbering the suspects four to one did not prevent two FBI fatalities and five others wounded. The FBI started looking for a more powerful round than the 9mm.

Eleven years after, two bank robbery suspects, armored from neck to foot, engaged in a running shootout with police in which they out gunned the officers responding. The city refit the officers with .45 caliber handguns for good measure.

In a world that capriciously pursues the ‘next big thing’, much of quality is thrown out just because it has been around a while. And more dangerously, we adopt the next ‘thing’ in a heart beat. Never giving the consequences a second thought. That’s why Coke says Classic Coke rather than just ‘Coke’ on the can. It wasn’t broke. Somebody fixed it. Everybody hated it. Coke was brought back as “Classic”.

L.B.J.’s  ‘Great Society’ has birthed the ‘Great Dependent Society’. Now the problems it sought to solve are ten times worse. Whoops “shoulda thought it through!”

The moral to this story is that what is called progress doesn’t always turn out to be better. This is very evident when one considers all the failed social experiments the left always precipitously initiates. I guess if I want it to happen then it is invariably good and should be pursued relentlessly.

Divorce reaches 50% in the culture at large.  With the two parent family goes the unifying values of the family-based society. and with the father exiting the family, brat boys become dangerous adult males. (Males not men).