Congressman Jeff Van Drew, is either King Leonidas or Benedict Arnold. The identity history will assign to him will hinge on who prevails in the  impeachment Carnival  of President Donald Trump.  The winners write the history. The losers, of course, just sue for reparations. It takes courage to stand your ground when those around you, the spineless ones, are  falling in line behind popular opinion. When my children worry about the consequences that follow their beliefs I don’t soften the blow of truth. I just tell them it is harder to be good, and that the road less travelled is often rough, and  the desire to take an easier way compelling. As an individual from the right side of the isle I offer a tip of the hat to Mr. Drew. When I see him suffering the slings and arrows of mass opinion as he stands his ground against his own party I know we have one good thing in common, one vital element that binds us. We are both American. 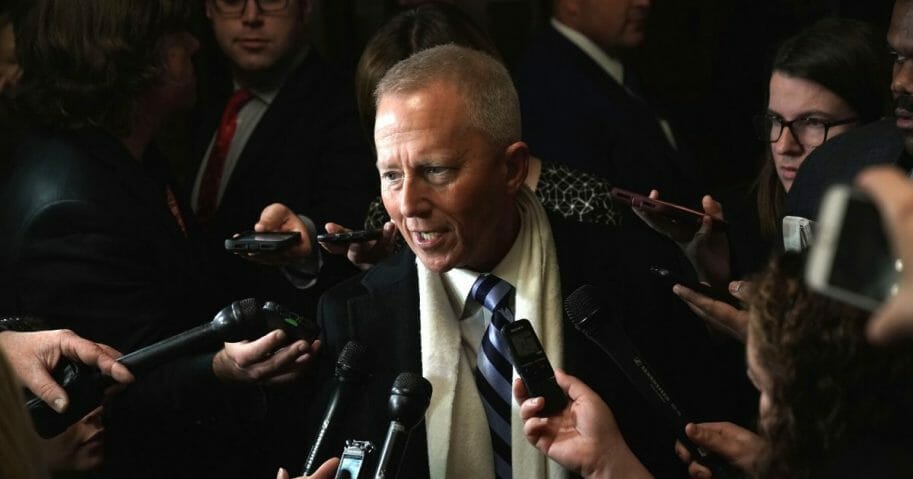 At this moment congress  is interviewing a witness who states he was present at the time of the “Ukrain call”.  This call and some vague intimation that Trump pulled a quid Pro Quo arem twisting to have Congressman Biden investigated, and son as well for possible corruption. The Ukrain, famouse for corrupt oligarchs running and owning just about everything is a good place to shop around for some extra cash if you know the right people. Joe Biden secured a job for his son Hunter Biden with a utilities company in Ukraine. Hunter does not speak the language,  Hunter has never worked in the energy field, Hunter had no observable skills that could get him a job above the level of custodian in a energy company. Yet he was drawing down a salary of more than 50,000 dollars a month. For doing nothing. The BIdens had thrust themselves  into the center of a den of thieves and started throwing the U.S. weight around, trying to cut a cash deal of some sort with the ever corrupt Ukrainians. They had made themselves the targets  of any corruption investigation that might happen by. The vid below is Joe Biden bragging about doing what they are trying to pin on the presedent with this show trial they have simmering right now.

Again. Our President is suffering impeachment over the very thing that Joe Biden is bragging about. Apparently without consequences.

So Palin really thinks that she can get a government employee fired. Impeachment. The word carries a gravitas that gives pause. When such words surface, as with Ma and Pa Clinton back in the early 90’s, Republicans  can be destroyed. Impeachment of a standing president has never happened. Yes, Nixon left office, but it was a case of quitting before you’re fired. If the GOP raises the black flag on a president they had better have good traction and a deadly follow-thru or they will get shot in their own cross-fire. Palin, as a harbinger, brings a mixed bag of qualifiers and detractions to the moment of outing her wicked intent. She has a good political instinct but she presents in such a cornball fashion, trailer park Texas Drawl and all, ( and I know she is from Alaska. Don’t sweat it, how would it sound if I said she had a hound-dog Alaskan drawl?) that one is hard pressed to take her seriously.