THE “LIONS GATE” , THE GATE JESUS WAS PREPORTED TO PASS THROUGH WHEN HE ENTERED JERUSELUM

Jews have inhabited the Holy city for 3000 years. That is a thousand years before the appearance of Jesus on the scene, 2000 years ago, and then, six and a half centuries later,  Mohammed appeared. 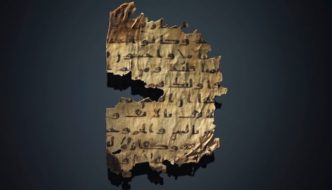 Mo. claiming the other monotheistic religions had it wrong, started his career of being the “Prophet Who Killed”, (a lot ).  It is important, when comparing Christianity to Islam, to keep in mind that where Mo used the sword to either convert or kill, accepted tribute of the booty his gang culled in murderous raids across the Arab peninsula and personally put victims to death. Jesus, who had no gang, never raised either a sword or his hand, won the world with his ideas.

A MOSK STANDS ON THE TEMPLE MOUNT, WHERE THE JEWISH TEMPLE HAS RESIDED A THOUSAND YEARS BEFORE THE COMMON ERA.