The old saying is “The sun never sets on the British Empire.” England is accustomed to the presence diverse cultures. In their colonial days British troops and the businesses that ventured into the conquered territories with them opened avenues of migration that put people from around the world on London streets. The open arms that have characterized the country since they divested themselves of their colonial holdings may have a bit more to do with a feeling of guilt than any inherent British compassion. Your conscience might twinge a little when you look a person in the face whose country you have used like two dollar whore. You may have a problem saying “no you can’t come in” to your ex-victim. Various theories aside, the fact is that the Brits are up to their armpits with citizens whose origin and race are different than their own. This arrangement has worked rather smoothly until the influx of Muslims that immigrated with contempt for the foundational values of the Brits.

I was a young drifter when I passed through Chinatown in Los Angeles. As I made my through the bustling crowds on the street I was met with the occasional smile and a lot of Asian reserve. Not a lot of eye contact. But I never felt unwelcome. The basic social contract was understood and agreed upon by all parties regardless of ethnicity.

Just above the eagle on every quarter minted in America is the phrase “E Pluribus Unum”, which means “out of many, one.”  It is obvious our founding fathers accepted immigration whole heartedly. And that immigrants could be who they are. The phrase that decorates the façade of the Supreme court “Equal Justice Under Law” sends two messages to the citizen; the first is that and All Americans were to be treated fairly and equally under the laws of the United States of America. The second message is that ALL citizens will accept and abide by the law of the land.

Islam is a complete handbook on society for the Muslim. Rules for the most basic behaviors are proffered. Christianity, on the other hand has few rules other than to follow a few simple spiritual concepts. Sharia, the popularly accepted legal code of Islam has sins and punishments that are an anathema to modern secular societies. Yet this code is pushed by Muslim wherever they land. And there is the rub. Plus the wholesale misogyny that is practiced as a daily course of behavior. 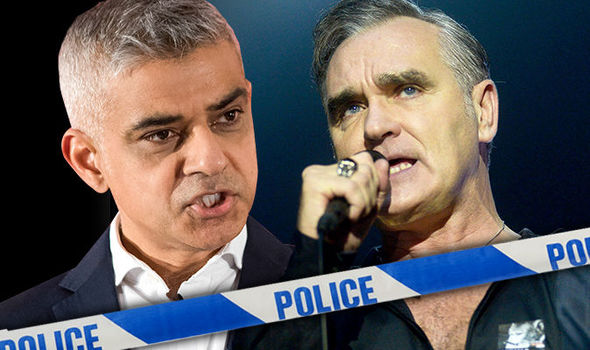