With a broken piece of glass or a sharpened spoon….any implement sharp enough to cut the clitoris from a child’s body …..labia too if that is the style of the cutter. The linked  article concerning a “whoops don’t want to deal with that in my court!” decision rejecting prosecution of a case of FGM by by he feds because it doesn’t affect interstate commerce is just a way of kicking the can down the road a little farther. Best to leave this to someone else to deal with.

By the way. Where is NOW. Where are the PINK LADIES with their big pink vagina signs. I didn’t know that the women’s movement was only for American women who want to kill their babies. 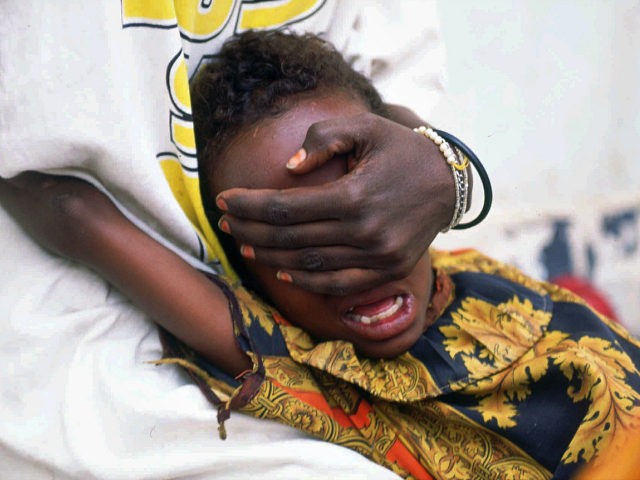 The basic sexual insecurity that fuels the misogynist middle east demands that the female not enjoy sexual pleasure for fear that someone else will steal their little wifey. Same reason for Burkas and Hijab’s. They may be gangbusters at blowing themselves up, but they seem to be a region of lousy lovers ruled by their fear of being shown up for there lack of sexual prowess.

WHO KNOWS? But the practices of cutting up women with FGM must be banned and prosecuted as a hate crime against women.