Built around 537 by Roman emperor Justinian, the Hagia Sophia served as the head church of the eastern Roman Empire and essentially, all of Christendom.  Turkey is rededicating the church to the role of mosque in P.M. Erdegons bid to assume primacy as the Sunni head mullah in the region. Russia and Syria have plans on teaming up to build a replica of the church as a thumb in the eye of the Turks. 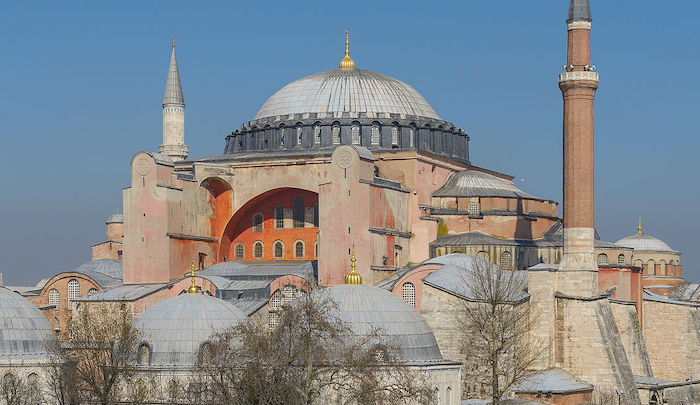