Islam says it’s just peachy that young girls and children can have their genitals carved on by somebody. Who? Who does this kind of thing? Your grandma?  An Imam? What doctor would, in  good conscience, perform this travesty?  Well they call it “female circumcision” but it has nothing to do with circumcision. Not when it includes the ablation of the clitoris. That is just wicked. In this world,  in  this age, should there be more than  a moment of debate on this insidious act? KLIKDAPIK for a word on legal action  that has been proposed in dealing with  this quaint traditional Muslim practice. 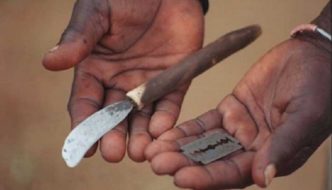