As far as pissing contests go., the comparison of the economy under Obama compared to Trump is like getting into a pissing contest with niagra falls. Apart from saddeling us with a trillion dollars in national debt with a GDP that never broke 2 percent in growth throughout the Obama debacle. Trump, founder of of the feast that serves record breaking economic growth with a GDP that has broken 4.2 percent has Obama in a “shut yo mouth” situation with Trump standing astride the oh so esoteric Obama like a conquering general.

In other matters, the contrast couldn’t be more defined with Trump countering Obamas intial “Apology tour” of world capitals with a public pillaring of Nato and the leaders of the European union before the world. I cringed. But the job was done. Greece, a tiny little country pays it’s NATO dues, why do such financial powerhouses as Germany renege on the payments? Hell we have been on their turf with guns pointed at the Ruskies since the wall went up. What could be their gripe? By the by here is a pik and link of little lord Neville Chamberlane  taking the leap of faith (faith in the ignorance of his audience.) and claiming this red hot recovery as his own. 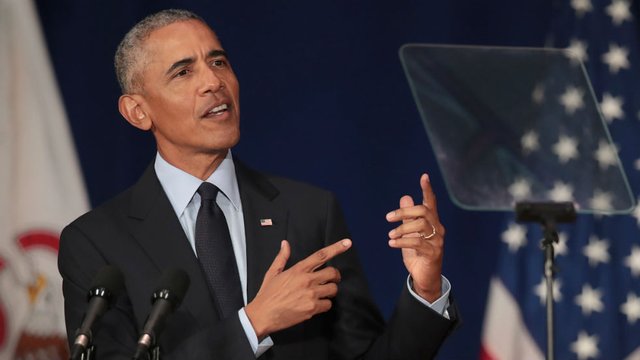