I turn a deliberate blind eye to much of the Bible, otherwise I would have to pack it up and move away.  Don’t even bring up the old testament!   The basic principals of the new testament have been the foundation of modern western civilization. In line with the wisdom, “Ye shall know them by the fruit of their labor”,  the difference lies before us in Hamas reaction to the move of the American embassy to Jerusalem.  Ismail Haniya, the leader of Hamas called for “Three days of rage.” in reaction to President Trumps news conference announcing the embassy move and recognition of Jerusalem as the capital of Israel. 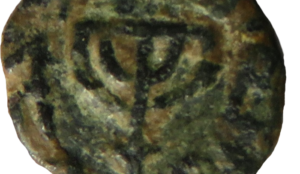 The evidence of a intermingling of Christianity and Islam as evidenced by artifacts such as the menorah, pictured here, pointing  to the porous nature of belief systems. It is a given that Mohammed’s spiritual inspiration is a composite of everything from Christianity to Bedouin polytheism.  I do not dispute the  validity of the Muslim religion.

As a matter of fact, religion is a non-issue in addressing our present Jihad problems. It is a case of “not in my back yard”, (NIMBY). I don’t take issue with any systems of belief as long as violence and the oppression of others is not an issue. But any group that carries baggage that includes violence and the domination of others is not welcome.