IN REGARD TO THE RECENT U.S. DRONE EXECUTION OF IRANS SECOND IN COMAND, SOLEIMANI ……………..Would you believe, some people object to the death of a mad dog killer like Soleimani?

So we have a chicken in the hen house. Usually such situations happen without farmer Browns knowledge. Farmer Brown knows a fox will kill his chickens and he usually grabs his shotgun and puts an end to the chicken massacre that is probably already happening in the hen house. This is a natural move, born of experience and common knowledge. Well we know we have the Fox in the hen house. But we just can’t barge into Congress and start blazing away at her. It’s just not cricket my boy. 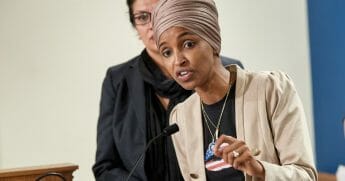 It is good that our government has, at least, the brains of a chicken farmer.  Our little anti-Semite of repute has made it clear that she loathes America. Not hates America. That sounds too mild. This Congressperson LOATHS the country that saved her from having to live in a cesspool called Somalia.

For those who either missed viewing the movie, “Black hawk Down” or those too young to have experienced seeing our war fighters bodies being dragged around by a mob of Omars bare-foot countrymen for  the cameras, I would advise you rent the movie. It’s good. When we win.