Taliban in makeup seems exotic. I recall a film of a group back in the early eighties,  then known as the ‘Mujahedeen’ as  they were preparing to fight Russians. I  was amused to see the care that they put their eyeliner on in one shot then snap a fresh magazine into an AK in the next.  Another strange cognitive contortion is the image of one of these Cinder-fellas sawing through the throat of victims with a dull knife, (sharpened if he was favored in one way or another. Back in the eighties they usually paused just to freshen their eyeliner before a battle. They seem to have evolved since then. Kind of makes you wonder if they have Marylyn Monroe impersonators that come in with a little Karaoke and sequined dresses once in  awhile. 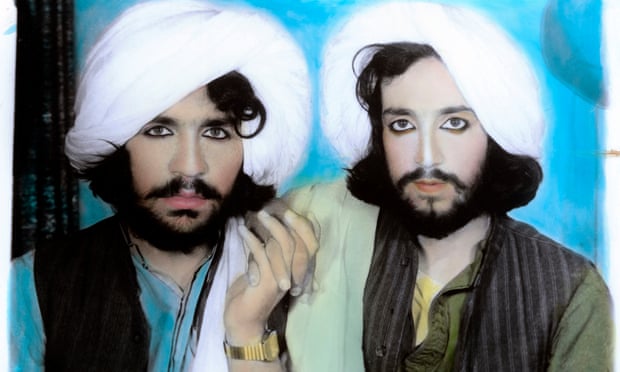