Dress them from the crown to the heel and no covetous eye will find them. Castrate them and they will not betray the husband for pleasure. So  it goes in the Oh! So! Politically Correct England, where 113 cases of female genital Mutilation have been reported in the previous year. 113 cases reported, 7 arrests made, no prosecutions. Female Genital Mutilation is a rather vaguely defined cutting of the female genitals. Labia and clitoris are most commonly cut with the point being to deprive  the fledgling female of the capacity for sexual pleasure. 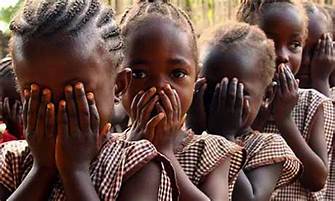