It is wise to become concerned, at the FIRST crack in the dam. The one thing that assists in a denial is the lack of a definite tipping point in taking action.  That is why we are amazed when we see victims of mass carnage so sheepishly run to their doom at the demand of their destroyers. The fact is that most victims die cowering and waiting for a miracle.  Just remember America, “Ask not for whom the bell tolls, it tolls for thee.” It is past time to take the millennium long (and longer) Jihad that has been foisted upon the west from Islam 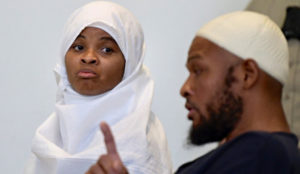 Vlad the impaler was not as much a monster as he was a convincing defender of Christendom from the Turks who threatened and made a living out of various forms of extortion of the eastern European frontier. In many ways the man Dracula was patterned after was as much a hero as Charles “the Hammer” Martel who stopped an invasion of a Muslim army marching through Spain and southern France in Gaul (France).