When does one take the dark spots on the x-ray seriously? When the cancer has metastasized I guess?  When is complacency and/or denial best classed as suicide by self-abandonment? 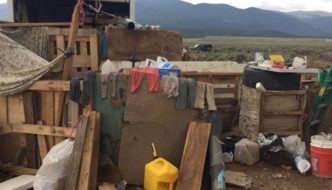 If you could talk to any Jew who went sheepishly to the “showers” when they knew in their hearts they were going to their doom, there disembodied spirit would moan in remorse that they hadn’t taken a swing at their murderer rather than do everything they could to make their  own murder easier.

Just walk into any waiting room, whether you are waiting for a tire to be repaired or waiting for an MRI, you will walk into a room full of people who will glance at you and then stuff their face back into whatever smartphone or lap top screen they have. From toddler to retirement we are a culture distracted from the real world.

As I grow older I see an erosion of the basic conversational skills and social touch of the average person. An increase in the crudeness of daily conversation and the low threshold for frustration in dealing with disputes is evidence of a culture unaccustomed to interacting with others of its own species.

So the lost culture of screen babies may gravitate to those who say they have a way toward fulfillment, toward happiness. Or they may have been raised birth from in  culture with only madrassas to inform their vision of the world and Sharia to teach right from wrong.

“We will win because you love life…..we love death, that is our reward.”  (Osama Bin Laden).