There are national guard troops on the streets of Atlanta,. A child was murdered. A black child. Remarkably, it has been reported on by the mainstream media. The grim harvest of the July 4th placed her in the company of 17 others killed and in total, 89 others shot. The stats are the similar in other large metro areas. Black people are killing each other at an alarming rate. I don’t hear much about it.  There are a lot of black people dying but not much is being done to respond to the carnage.

I hear that this is a racist country. i need some guidance. Other than individual acts of racism such as the horrific image of George Floyds murder; I see little sign of systemic racism in America. I imagine the perpetrators appreciate the distraction provided by medias chasing it’s tail while barking “Racism! Racism!”  While we peer into the shadows under our bed looking for this specter of “systemic racism” . Seeing  shapes in the shadows,  seeing ……….NOTHING. 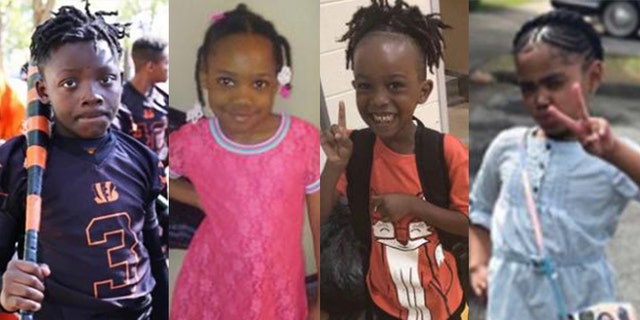 ASK THE FAMILIES THAT GREIVE..WILL THEORIZING ABOUT SYSTEMIC RACISM HELP…….THE CHILDREN WERE KILLED BY OTHER PEOPLE OF COLOR

The motivation for the most progressive Americans to spin vehemently about a very recent addition to the “shit  Happens” catalogue of bumper sticker wisdom, (systemic Racism), is a mystery to me.  This “systemic rumination” on “systemic racism”  points to a mass of the moonbat mob in a drooling frenzy over a rather shallow fantasy. All I ask is that someone show me evidence. show me one hand full of objective evidence.of a system bent on racist actions against anybody. just a pinch that ou can hold between your thumb and index finger. if you can call up just one gram of systemic racism I will humbly admit i am convinced. but if all you have is your favorite phrase as objective reality don’t waste my time.

“AMERICA IS RACIST AS FUCK !” Try to guess what type person said that. i will tell you at the post script. it may surprise you. now enjoy the little vid i have below….

i cannot waste a moment of my life addressing problems for which there is not a scintilla of hard evidence. There has not been one smmmmmidge of evidence laid at my feet, of any “system”. No documents. no perpetrator. nothing. what I do see is dead children. they are dead because the eight hundred pound gorilla is literally sitting in the progressives lap while they quite easily ignore a race of people committing cultural suicide. The children are weeping. Little angels yet born. They are hoping to be born into a world where their parents have had he courage to face the problem in the mirror.

IT WAS A TEACHER……

YUP I ALWAYS THOUGHT THAT TEACHERS WERE NOT SUPPOSED TO BE IDIOTS…….I WAS WRONG.