Please forgive the sluggish posting of late. I have been stalked by writers block (burn out) for several weeks. But though I have but a handful of loyal readers, I must respect their time, attention, and generosity in spending a moment with me occasionally and press ahead. Thanks fellow Jackhammers, your time and attention is appreciated.

A most wonderful sun has breached the eastern horizon this morning. A new star has risen in the Republican party, Elise Stefanik, Republican representative, has taken the pinkos , in the impeachment farce to the woodshed, and with the weapons of strength, dignity, intelligence and thorough research, she has faced off against and eviscerated Democratic opposition. In particular, chairman Schiff with the goo-goo-googly eyes has found his comeuppance under Stefaniks  steely gaze. She is a Valkyrie tried and true.KLIKDAPIK for more…….. 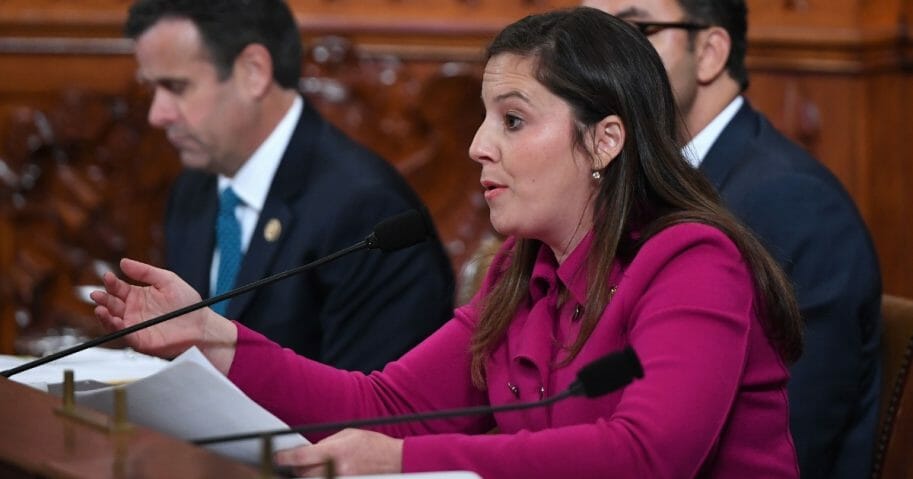 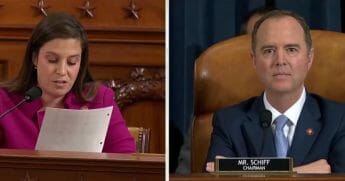 Ms. Stefaniks recital of Shiffs multitude of promisis to expose his………..whistleblower who still has not   presented himself for testimony. Ms. Stefaniks confrontation was airtight and Schifs reaction was to assume a dear-in-the-headlights, paralysis that I found deeply satisfying.

KLKIT and enjoy his obvious discomfort.