Defense mechanisms, in the psychological sense, are mind-sets or emotional reactions that block painful emotions from real or imagined threat. Regression is one these defense mechanisms. When faced with insurmountable conflict, our behavior may return to a more primitive state. Emotional states that are regressive include screaming, tantrums, name-calling and ultimately, violent behavior.

Such primitive states are most common in individuals who have not been parented in a way that installs functional foundational values such as restraint, self reliance, personal responsibility compassion etc.. . Individuals who have been “spoiled” and allowed to act out without fear of consequences never learn the most basic social responsibility. . Such “brats” grow into self-centered, grandiose, and immature adults who have no persuasive social skills past coercion and intimidation. The political left are in a regressive state, a weird mass contagion is affecting the majority of the policital left.  Reacting to merely being in the presence of a pro-Trump article of clothing, quickly regressing to the more primitive state, incapable of reasoned rhetoric and intolerant of opposing views. Below is a picture of a regressive DEMOCRAT…. 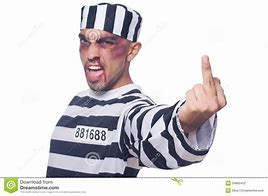