Venezuela riots, as Maduro tries to hold power. The socialist framers of their government could not crunch the numbers enough to keep basic economic tributaries open, and handing out goodies.  Venezuela  the Socialist Poster child of middle America, teeters on disintegrating into a “failed state”.

The grand Poobah of socialism,  Vladimir Putin, has visited with Maduro in reassurance that he will and a few other socialist governmants will be there as a lifeline for the declining country. Yeah and his other great ally is Syria, from which over a million have fled for their lives. Good luck with your trust issues boys!

French police are on fire as Paris burns  over what initialy was a 30% rise in gas taxes. Gas, over 7 dollars a gallon , was targeted for the rise in taxes. This triggard a long list of greivances addressed by the rioters for what is turning into a second week of fire and nightsticks in several cities across France. Near the end of the linked article Macron states a strong anarchist movement is afoot in France and that is one of his difficulties. Maybe a they finally took an economics course and figured it out.  Margaret Thatcher said,….”The problem with socialism is that you eventually run jout of other peoples money”. 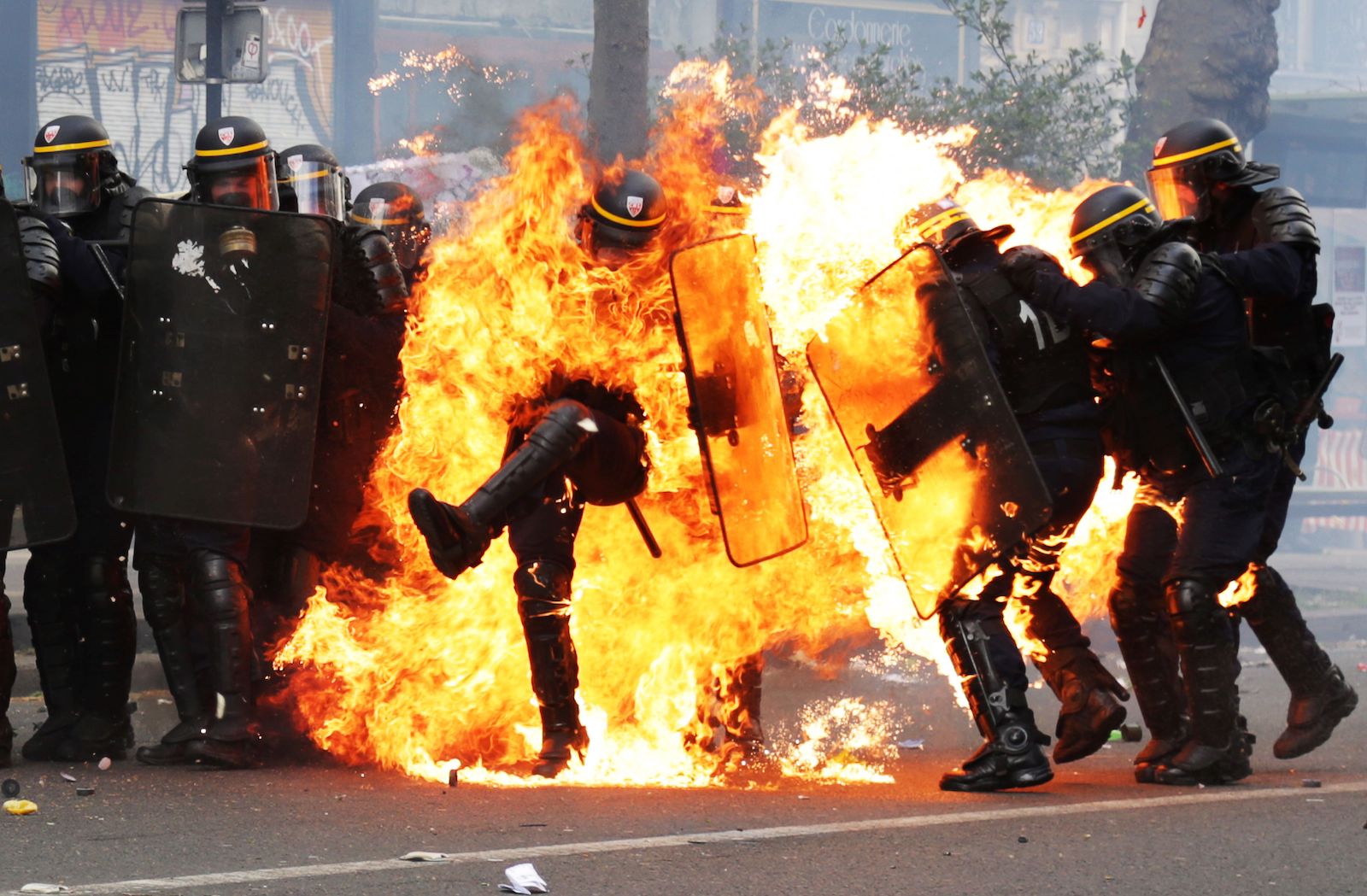 More police on fire in Greece as the government fights insolvency. Their Socialist government cannot subsidize any more migrant incursion. This author. in his last visit to Greece, saw a large number of beggars of the streets downtown, peppering the sidewalk in all forms of dramatic repose all the way the foot of the Acropolis.

Germans are taking a soaking during a little curbside discussion of the migration problems. Herr Merkal is on the brink of a no-confidence vote and still shakes her little fist and demands open borders for Germany as well as all EU members

Briton, the great granddaddy of socialst sympathies, is showing rare good sense in fighting to extract itself from the Euro-cluster fuck of the mess going on in other European nations.