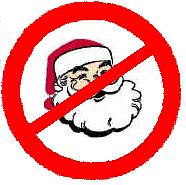 The curious inversion of the very instinct for self-preservation is counter-intuitive to most men and all virtually all other species on the planet. All animals show some obligation to their own. It is an imperative that has been honed through evolution for more than a few eons.

Is it that the sense of an invidual identity has faded in the hearts of many? Usually those of the liberal/progressive/democratic/apostate homo sapiens (those who simply refuse to think), are steeped in angst for their parent culture.

Pat  racks points on the self-hate issue in this video rant…. The very gender equality that Condell touts in this rant could not exist without civilization. And history tells us that a culture which devests itself of it’s basic set of shared values is not long on the stage of history. Like Babylon of old, such a culture would fragment for want of a common thread. Kaput as it were. In that multiculturalism can be counted on to handily dissolve the common bonds. Andrew Klavin addresses this issue…..