As far as political harassments go, this one was a good one. The conservative that confronted Nadler was understandable and actually was able to make a couple of points before he was escorted from the premises. It has become painfully obvious that the whole impeachment scam was just that,….a scam. It has grown out of it’s coveralls and like Jethro Bodine of the “Beverly Hillbillies”, he is going to set up what would appear to be a lemonade stand that sells impeachment hearings for next to nothing out by the cement pond! 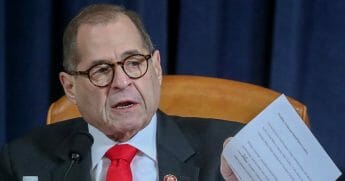