Upon entering boot camp, the military begins breaking down the recruits civilian belief system. From the moment the recruit steps off the bus he is being re-parented by the military. This ‘re-parenting’ is focused on installing a belief system based on duty, discipline, and honor. All lofty aspirations. But only if they are a dynamic in the life of the soldier. There must be no saying one thing and doing another in the military. That kind of hypocrisy is not just accepted and shunted aside, a tall talker who is actually a coward must not get by saying he can piss fire, and then, at the critical moment turn and run like a bunny. The words and beliefs of the soldier must match. He must do what he says he will do,…..he must do what he is ordered to do. More and more men are continuing the exodus from the family. For young MEN in particular, it is vital they be given a strong, righteous  male model to learn how to be a man in a moral manner. Otherwise the results can be very destructive. In short,; A spoiled male child will become a spoiled adult (physically) male with muscle enough and anger enough to become a truly dangerous adult. Men, as a group, en masse are needed. 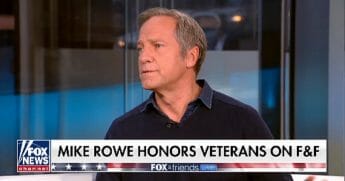 AND THAT IS A GOOD THING