There are over one billion Muslims in the world. The situation is grim if you are a female muslim. The codified position of women as lesser beings than men and the perpetuation of Sharia, a legal code that is 1400 years old, considers women as half the status of men, meting out punishments that run the gambit from whipping, dismemberment, stoning unto death, decapitation, hanging or in the case of gays, being thrown off tall buildings are all punishments for LGBT individuals.

The patrilineal structure of the family and the lesser status, both culturally and legally, of woman, make each husband and father into his own Caliph, possessing the right to kill his family members for any real or imagined infractions.. Muslim women, in areas under Sharia , can be killed by their husband or father for damaging the family honor in some way.  KLIKDAPIK  for more. 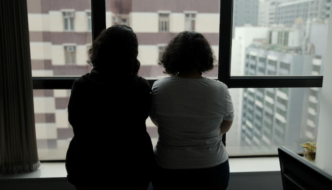 This good ol’ boy system of culture, where females are considered little more than property, it takes four male witnesses to a rape in order to obtain a conviction.  Mohammed, considered the “perfect man” and role model for all Muslims, had 11 wives and a some rape slaves obtained after killing their husbands in battle.  Even if it is proved a woman was raped she will be punished and/or confined for the crime of somehow causing her own rape. (I am not joking folks). KLIKDAPIK for more

The real oppression faced by women and gay individuals is awesome The sheer amount of evil that is being done to ‘special’ populations numbs the faculties  to torpor…… .