The first cracks in the mantle of Venezuelan military are appearing as  Venezuelan soldiers abandon their posts rather than become involved in confrontation with protesters.  Juan Guaido, recognized as the failing countries legitimate leader by a coalition of various states, (U.S. included), is positioning himself near the dispersal point of humanitarian food shipments that are presently prevented from entering Venezuela from Columbia. For reasons unclear, the food shipments are being stopped by the embattled Maduro  forces. 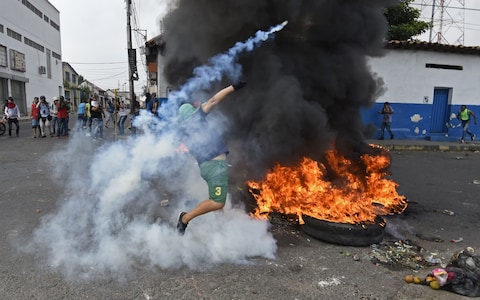