A few days ago,  at Marjorie Stoneman High school, Brower county Florida, 17 students and faculty were murdered.  The killers name will not be mentioned.  Part of the motivation behind such massacres is the media coverage that feeds the twisted ruminations of monsters.

First things first. Lets desensitize a little. The abject terror inflicted upon American people by popular media pontificating should be considered. There are 300 million people of various backgrounds spanning the width of the western hemisphere to consider. 300 million stories and 300 life paths to 300 million destinies.  In such a milieu there are many paths to murder and there shouldn’t be much of a surprise when murder happens.

The world is a violent place. We are not the most violent society.  The link to the following pik 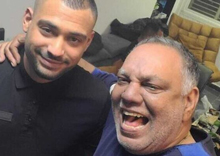 bridges to an interesting web sight that might put the global picture into focus.    And recall as you peruse it’s content, bear in mind, this is just reporting a single cultural population.

The history of man is engorged with the blood of a thousand martyrs in a THOUSAND WARS. For countless reasons.  Inherent in each soul is a dark place, feral and lawless,. To restrain the primal self the personality culativates self restraint. The voice is that of the parents. It is the outcome of this conflict that defines a the character of the person. Will he be a good fellow with a good moral compass? or a psychopath living only for the aggrandizement of self.

The nuclear family, and in most primitive cultures , the extended family, has been the cradle of each individual, soul in society. It is the brick and mortar our society.

To our peril, modern societites have abandoned the nuclear family. The models for proper interactive discourse are being lost. Parents have ceased to be parents, boundaries that were taboo to cross don’t even exist any longer. Those who would be parents find it easier to be their childrens “friend” rather than the less popular and thankless task of being their teacher, disciplinarian and spiritual guide.

The voice that should speak to the better nature of our sons and daughters has been replaced by the intrusive shouting of an educational system born of the teachers Union,  and mainstream media. Even the professionalism of the FBI can be called into question.

The introjection of family beliefs and values is has a stronger grip than any other training or therapy. We become, whether we like it or not, the product of the interactions we have practiced since the cradle. With males this process of introjection of personal boundries is particularly vital. A man can do much more damage than your average female. This is not to say that all females are really made of sugar and spice, it is a factor of tetosterone and the aggression inherent in the males character.

Famillies used to be a going business, each person was another hand to labor on the farm. The move to an industrial base for the American population made such extended families unnecessary. The paycheck ended the reign of the family farm as the basis for our heretofore agrarian society.  Without the close working and familial contact young men, now many are raise in a single parent female home, have not had the influence of a man teaching the male child how to be a responsible adult male.

The end result is all too often a grown male brat. A sociopath. The answer isn’t guns or police or any further legislation. The answer is the cultivation of a culture of intact families. Adults that act like adults and consent to discipline their children. And above all there must be a common value system that most or all can share.

A few months ago armed robbery of pharmacies took an upswing in Colorado Springs.. Now To enter some pharmacies you have to be given entry through locked doors by an armed guard. The effective answer is a very difficult renovation of the very basis our culture. Without strong internal restraints that come from good strong parenting cannot be bested in healing the wounds that cripple our civilization.  One of the questions that begs an answer is why are we more comfortable guarding our aspirins than securing safe schools for our little headaches, (Dick and Jane).